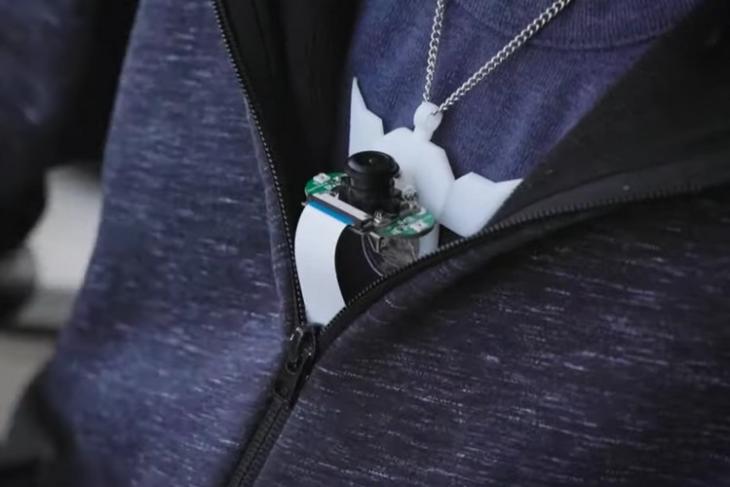 While voice assistants like Siri, Alexa, or Google Assistant can be useful for various voice-based functions, there are times when you need to perform some tasks without disturbing others in, say, a library or quiet zone in the office. So, to help users silently deliver voice commands to smart devices, two Cornell University researchers developed a silent-speech recognition wearable camera. Let’s take a look at the details.

“Imagine when your hands are occupied or you simply don’t want to reach out to your smart devices to interact with them, you might want to use voice control. However, if you are in a noisy place or in a meeting, voice control is not efficient or socially appropriate. This is where silent speech comes into place,” explains Cheng Zhang, one of the researchers in the project.

It has been dubbed the “SpeeChin” as it uses an IR (infrared) camera to capture the movements of the chin and neck of a user to recognize numerous voice commands, even when they whisper or just mouth the commands. The device hangs in a necklace, right below the neck of a user with the IR camera is pointed upwards, towards the chin.

According to the researchers, the camera captures the movements of the chin and the neck of a user to recognize what they are trying to say. Hence, you can whisper or simply move your lips as if you are saying a certain word or a phrase for the device to pick up the exact command you are trying to convey. You can check out the video below to see SpeeChin in action.

The researchers say that the silent-speech recognition camera can recognize 54 English phrases and general voice commands, and 44 words and phrases in Mandarin Chinese. They tested SpeeChin with 20 participants, and the device was able to deliver a 90.5% of accuracy rate when recognizing the English commands and a 91.6% of accuracy rate when recognizing Chinese commands. But, the accuracy rates fell when the participants moved while giving silent commands to the camera.

As for the availability of such a device, the researchers clearly need to work on the reliability of SpeeChin, going forward. Hence, it might take some time for a silent speech-recognition wearable camera like SpeeChin to be commercially available in the market. So, what do you think of SpeeChin? Do you think it would be a successful device in the market? Let us know your thoughts in the comments below.