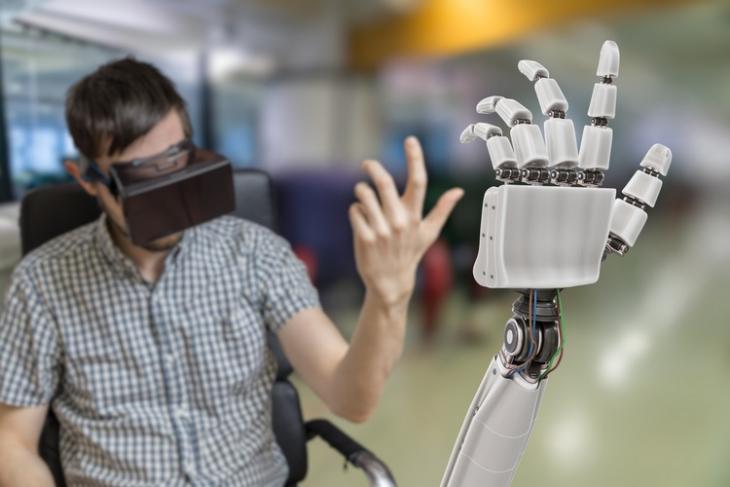 In a breakthrough approach that combined virtual reality and artificial tactile sensations, amputees felt as though their prosthetic hand was part of their own body as part of a new study. In the study, scientists from the Ecole Polytechnique Federale de Lausanne (EPFL) in Switzerland, used an astute combination of two senses — sight and touch, to convince amputees that the prosthetic hand belonged to their own body.

The results, published in the Journal of Neurology, Neurosurgery and Psychiatry, also showed that the phantom limb grows into the prosthetic hand. Many amputees often opt out of prolonged use of their prosthetic limb because their own perception of the missing limb does not match up with what they see of the prosthesis. 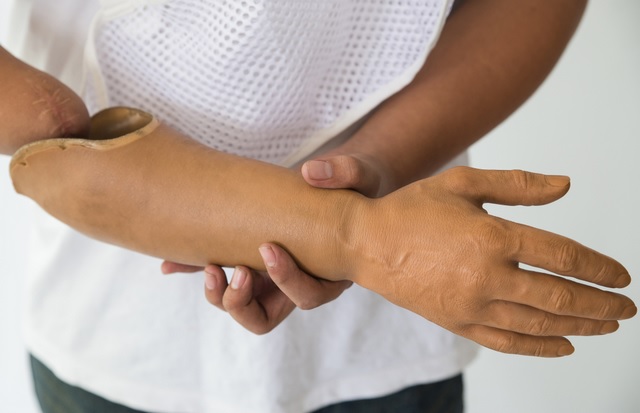 “The brain regularly uses its senses to evaluate what belongs to the body and what is external to the body. We showed exactly how vision and touch can be combined to trick the amputee’s brain into feeling what it sees, inducing embodiment of the prosthetic hand with an additional effect that the phantom limb grows into the prosthetic one,” said Giulio Rognini from the EPFL.

“The setup is portable and could one day be turned into a therapy to help patients embody their prosthetic limb permanently,” Rognini added. For the study, the team provided artificial tactile sensations at the tip of the index finger — of the phantom limb — by stimulating the patient’s nerve in the stump, in two hand amputees.

At the same time, the patient wore virtual reality goggles which showed the index finger of the prosthetic limb glowing in synchrony with the administered touch sensations. This combination of virtual reality with artificial tactile sensations took the rubber-hand illusion to another level. Both patients reported feeling as though the prosthetic hand belonged to their own body.