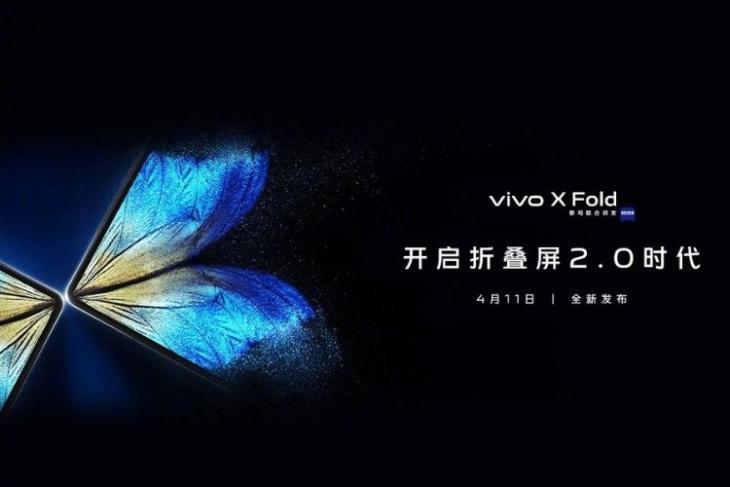 There have been a bunch of leaks suggesting that Vivo will launch its first-ever foldable smartphone soon. It has now become a reality as the company has announced the launch date of the Vivo X Fold, which is scheduled for April 11 in China. Here’s a look at what to expect.

It has been revealed that the Vivo X Fold will launch in China on April 11 at 7:30 pm China time (5 pm IST), and it will be an online event.

Vivo has also shared a short teaser of the Vivo X Fold on Weibo, revealing the design of the device. It is shown that the X Fold will have a design akin to the Samsung Galaxy Z Fold phones, meaning it will open like a book.

The company’s first foldable phone is expected to bring in the “foldable screen 2.0 era,” hence, we can expect some new foldable display tech and features. The phone’s cameras will also be backed by ZEISS, so we can expect some good camera performance too.

Other details aren’t known as of now, but we do have a slew of rumors with us. It is speculated that the Vivo X Fold will have an 8-inch display with a UTG glass and support for a 120Hz refresh rate. It is likely to be powered by a Snapdragon 8 Gen 1 chipset and could be backed by a 4.600mAh battery with support for 80W fast charging and 50W wireless fast charging. We can expect it to run Android 12.

In addition to this, Vivo is also expected to launch its first tablet called the Vivo Pad. The company has already confirmed its existence and showcased its images, which show a sleek tablet with a different rear camera hump and stylus support. The tablet is likely to be powered by a Snapdragon 870 SoC, come with 44W fast charging, have a 120Hz LCD display, and more.

Besides Vivo’s first-time foldable and tablet products, it is also expected to introduce the Vivo X Note and the Vivo X80 series at the event next month. These devices are likely to fall in the premium segment and come with a Snapdragon 8 Gen 1 mobile platform. However, confirmed details aren’t available at the time of writing.

We shall know all about the upcoming Vivo phones at the time of the launch in April. Hence, stay tuned with us to know about all these new devices.