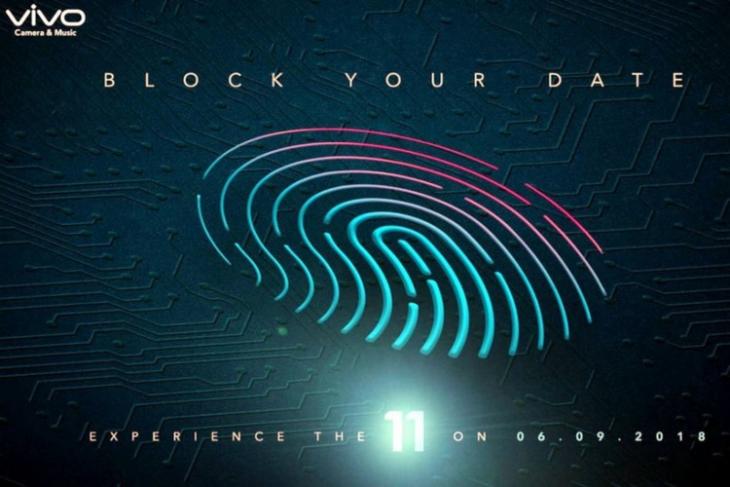 Vivo has sent out press invites for a product launch event scheduled for September 6 in India, where the company is expected to unveil the V11 smartphone.

The artwork on the invite boldly highlights the number ’11’, which suggests that the company will launch the V11 for the Indian market, whose live images and specs were leaked earlier this month.

According to previous leaks, the Vivo V11 will feature a tiny waterdrop-like notch on the front and a glass-covered rear panel with a multi-hued gradient texture that has become the new trend among smartphone makers. As for the specs, the Vivo V11 will pack a 6.41-inch Full HD+ Super AMOLED display with a 19.5:9 aspect ratio.

The device will reportedly be powered by an octa-core Qualcomm Snapdragon 660 SoC, coupled with 6GB of RAM and 128GB of internal storage, which can further be expanded up to 256GB via a microSD card slot. In the imaging department, the V11 will pack a dual rear camera set-up comprising of a 12MP primary sensor and a 5MP secondary sensor, while there will be a 25MP front camera to handle selfies.

The dual-SIM Vivo device boots Android 8.1 Oreo on top of Vivo’s own custom UI and will pack a 3,400 mAh battery with support for fast charging technology. At this point in time, almost all the specs for the upcoming Vivo smartphone have leaked, however, there is no information about its India pricing or availability.