Beebom
Home News Vivo to Be The First Company to Ship Smartphones With In-Display Fingerprint... 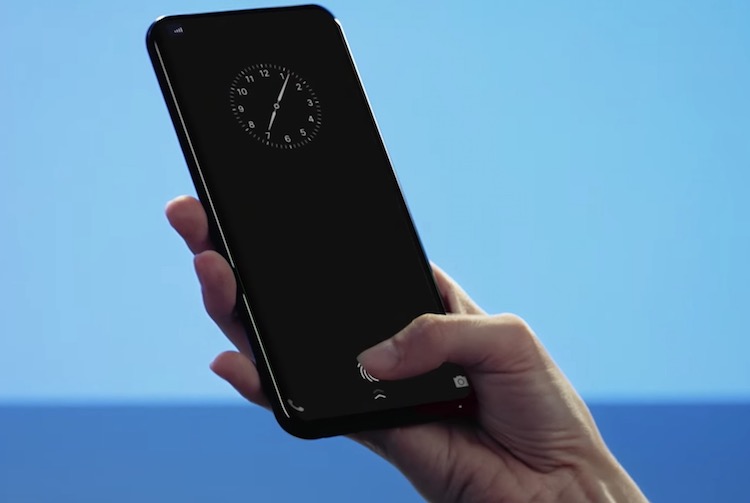 Today, Patrick Moorhead, who is an independent tech industry analyst and founder of Moor Insights & Strategy, took to Twitter to announce that he tested a Vivo smartphone with the Synaptics in-display fingerprint reader. In one of his tweets he wrote,

“Synaptics figured out what no other hardware technology company could, which was to mass produce a secure, under-display fingerprint reader. We’ll see these first in Vivo smartphones, hope to see this tech on Samsung, Apple, Moto, LG, others.”

He further went on to say that the fingerprint sensor was accurate and faster than he expected. The technology implemented by Synaptics uses a CMOS sensor which is about 0.7 mm thick and is able to read the fingerprint from under the display without a problem.

Here are some pics @anshelsag and I took of the Vivo smartphone with the Synaptics in-display fingerprint reader. The CMOS image sensor is .7mm thick and reads the fingerprint right through the OLED display. The experience was faster than I expected. pic.twitter.com/u1NFpXtFQM

According to Synaptics, the sensor is twice as fast as Apple’s FaceID software. That said, everyone knows that FaceID is slow and the real challenge that Synaptics faces are fingerprint sensors on phones like the Google Pixel 2 or the OnePlus 5T. Still, its a very big achievement for the tech-industry as manufacturers will finally be able to make a truly bezel-less phone with no compromises. Earlier this year Vivo also showcased a prototype smartphone with an in-display fingerprint sensor developed by Qualcomm, but that project failed to take off. However, in collaboration with Synaptics, Vivo has successfully produced a fully functional prototype and the dream of a smartphone with an in-display fingerprint sensor is about to become a reality.