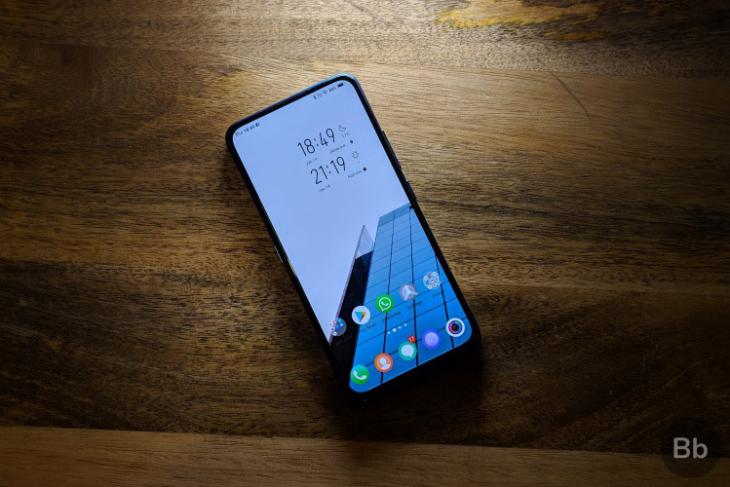 The race to offer the most immersive fullscreen experience is currently on. Most phone makers have transitioned from huge bezels to a waterdrop notch and now even smaller bezels with a pop-up camera in tow. Well, Vivo has been working towards this goal for quite some time and Vivo NEX was its first attempt at the same. We’ve since seen Vivo NEX Dual Display Edition and it now seems that its successor, the Vivo NEX 3, could be coming soon.

Well-known tipster Ice Universe today shared on Twitter a first look at the front glass panels on the NEX 3, which is rumored to be the name Vivo’s next innovative flagship powerhouse. The image attached below shows off two glass panels for the Vivo NEX 3, however, the one thing that should catch your attention is the curvature of the curves here.

Samsung has been using curved OLEDs in its flagship phones for quite some time now, however, we haven’t seen the edges curved at around 90-degrees angles to cover the entirety of the sides. This, Ice Universe says, would make NEX 3 the first phone in the world to offer a screen-to-body ratio higher than 100%. And it’s this statement which makes me more intrigued about the NEX 3 right away.

The vivo NEX 3 is probably the highest screen-to-body ratio phone in 2019. The Screen-to-body Ratio is over 100% based on the “display area/projected area” calculation method. pic.twitter.com/B0cZ2XgzE7

Ice Universe also mentions that the purported NEX 3 will have no notch or hole and will offer ‘a complete screen’ with tiny top and bottom bezel. We’re still to see how small bezels does the Galaxy Note 10 brings in tow before we can say that the NEX 3 offers a higher screen-to-body ratio than Samsung’s flagship.

This means the upcoming NEX prototype could either host a pop-up selfie camera as the original NEX or be a successor to the NEX Dual Display Edition to offer only rear cameras and a secondary screen. Vivo could also borrow the under-display camera from its sister company Oppo to show off a near-perfect and futuristic smartphone.

Of recent, we’ve been hearing a lot of chatter about the NEX 3 and that could mean that Vivo is gearing up to show off its next innovative flagship smartphone real soon. I would pin my hopes on IFA 2019, which kicks off September 6 in Berlin. Wha’s do expect from Vivo NEX 3? Tell us in the comments below.