Skip to content
Home News This Company Is Betting $100,000 That You Can’t Give up Your Smartphone for a Year 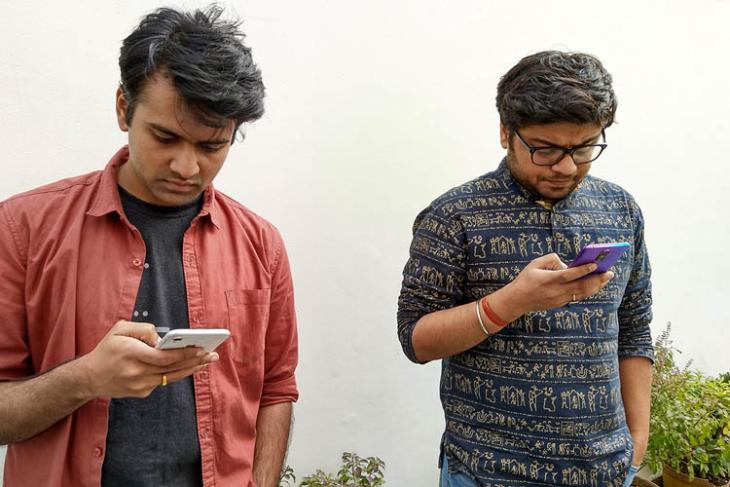 Smartphone addiction has become a real problem for debate in modern society. While companies have come up with useful tools like Digital Wellbeing, it’s still not that easy to give up on mindless scrolling, is it? Well, the company behind Vitamin Water is betting $100,000 that it’s not.

Glacéau, a subsidiary of Coca-Cola and maker of Vitamin Water, has nothing to do with smartphones, but it has decided to target smartphone users for its latest marketing campaign. Yes, check this out – 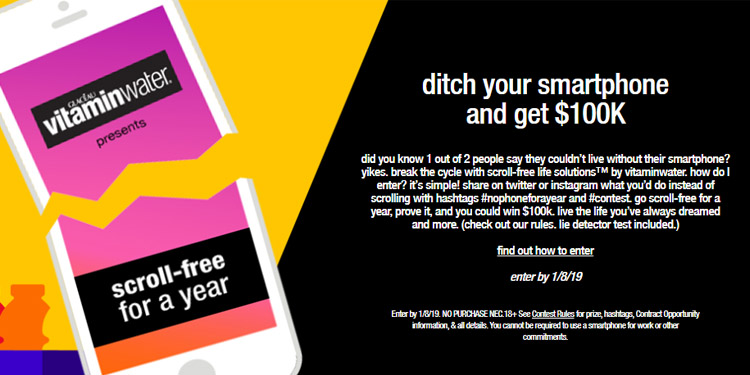 Glacéau says that it’ll reward $100,000 to anyone who’s willing to give up on smartphones for a year. And when I say give up, I really mean it. Well, the idea is to see if you can survive without a smartphone. So, you can’t even be seen anywhere near a smartphone.

But how will they know whether or not you’re not using a smartphone? Well, from what I could gather, the company will perform a lie-detector test on you. So, I am sure they’ll know if you got side-tracked and used a smartphone at any point, even though lie detectors are not foolproof. So if you are hellbent on winning the prize, you can read all about how to beat the lie detector on your phone.

Of course, if you get caught using a smartphone, you’ll be eliminated from the challenge. Glacéau noted that there’s no legal binding, so you don’t have to worry about that.

we tried to get Brandon to make this deal, but he is too busy – will you turn off your phone for a year instead? #NoPhoneForAYear #contest https://t.co/RVTF0gytnv pic.twitter.com/wFFTXl0PBX

I for one know that I cannot survive without a smartphone even for a day, let alone a year. But if you’re really confident about this, then here’s how you can participate and play along with Vitamin Water –

All you have to do is post a photo on Twitter or Instagram telling Vitamin Water, why you need a break from your smartphone, and what you plan to do with all that time? Don’t forget to add the hashtag #nophoneforayear and #contest, of course. You’ll have to enter the challenge by 1/8/19. Perfect for a New Year’s resolution perhaps?

Vitamin Water has also listed a few not-so-useful tips to assist you with a successful transition here. So, what are you waiting for? Enter the challenge and let us know you know how it goes by dropping a comment down below. Just, don’t use your smartphone to comment though.