There’s no shortage of social messaging apps these days. From the extremely popular WhatsApp and its alternatives, to secure messaging apps, the list is practically endless. And though the core purpose of these apps is the same (i.e. communication), they all differ from each other in one or more ways. For example, WhatsApp is (primarily) built around text messaging, Skype is all about video chatting. You get the picture!

But as popular as they are, nearly all these messaging apps require you to use both your hands for typing texts, and doing audio/video chats. And that makes using them quite a hassle, especially in situations when you’re preoccupied (e.g. moving, carrying something in your hand, or doing both).

Not anymore, as Tribe (Android, iOS) is there to help. Taking cues from the “Walkie-Talkie” method of communication, Tribe lets you exchange short audio/video messages, that disappear after they are opened. With its primary functionality revolving around exchanging short audio/video messages and photos that self-destruct on being opened, Tribe is nearly identical in working to the hugely popular Snapchat. But Snapchat now includes a boatload of extra features, such as filters, stories, and the ability to draw and add text on photos/videos. On the contrary, Tribe is simpler, easier, and works perfectly with one hand. And that makes it one of the better Snapchat alternatives out there. However, unlike Snapchat, Tribe doesn’t notify the sender if a mobile screenshot of a message is taken, so that’s something to be kept in mind.

Tribe’s ridiculously simple to use (by its own words, usable with one thumb) and has a few nifty extras as well. Let’s jump in, and find out a bit more.

Getting Started with Tribe

To get started with Tribe, just register with your cellular number, and you’re in. The app can (optionally) sync with your contact book to automatically add existing Tribe users to your friend list. In addition, you can also add contacts via auto-assigned, four character PINs that are unique for every user, for more security. Once that’s out of the way, you’re good to go! 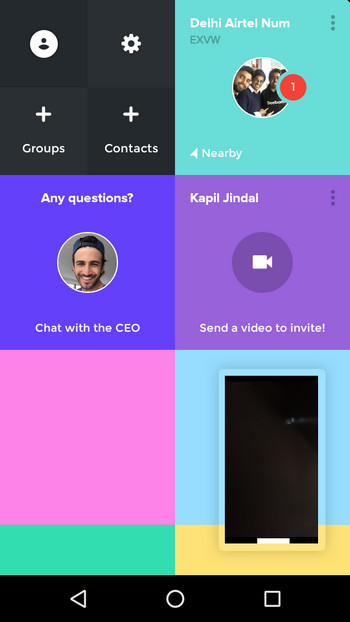 Tribe shows your contacts as a vertically scrolling grid of colorful squares. Above that there’s a freely movable, floating “box” that acts as a viewfinder for the device’s camera, and also lets you toggle between three messaging modes, namely front camera, rear camera, and audio only.

When an audio/video message is opened by the recipient, it plays back in full-screen in a loop (see companion screenshot below), and the sender receives a notification. When the message is read and closed, it’s deleted forever from Tribe’s servers, thus making Tribe pretty useful for having short, private conversations. 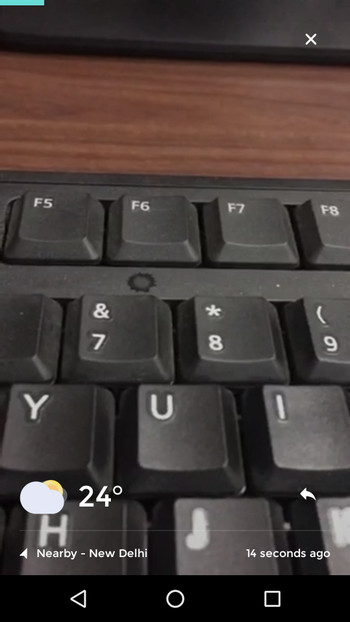 Tribe can also include the sender’s context based information, such as location and weather in the audio/video message.

However, this can easily be disabled in the settings. Other than that, you can also (optionally) allow the recipient(s) to save the messages you send to them. Take a look at the screenshot below: 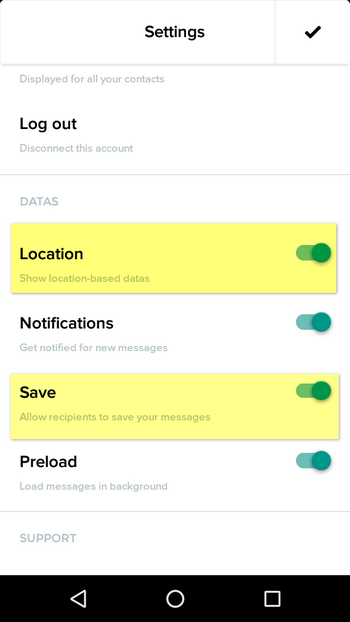 With all the popular instant messaging apps getting too heavy and inefficient to use, Tribe impresses with its simplistic approach towards exchanging self-destructing audio/video messages and photos, rocket fast. Although it’s a bit glitchy (which is fine, given it’s still in beta), but works pretty well for what it is. Give it a shot, and let us know what you think of it in the comments below.