Snapchat, though mostly known for all inappropriate reasons has created quite a stir among the youths from all over the globe. Within a short time span, Snapchat got popular because of it’s concept of volatile messages. Since then, Snapchat has fastly grown and arguably has become one of the most widely used instant messaging service.

Along with Snapchat, the concept of volatile, self-vanishing images also became popular and many other inventors came up with the same concept packed in their own apps. While not all of them were successful, here we have a list of some of the most popular and relevant instant messengers similar to Snapchat. 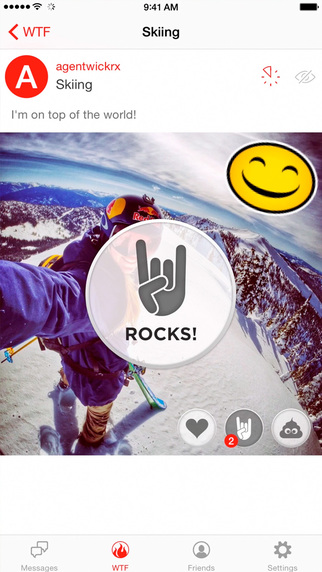 Wickr (pronounced “Wicker”) is an instant messenger for Android, iOS that allows you to send ‘end-to-end encrypted’ and volatile messages in the form of texts, pictures, videos, files etc. As we all know, it’s like an alternative to Snapchat as the messages sent on Wickr too are self-destructive and disappear after few minutes.

Based in San Fransisco, Wickr kickstarted in 2012 as an engaging and unique instant messenger. The people at Wickr have claimed that Wickr is the most secure IM available now. It’s really a commendable job to be reliable and secure in this age of cyber crimes. Every American auditor as well as International reviewers have given Wickr full marks about security.

With Wickr, you can also send media files to your connections without leaving any trace. Wickr also gives you an option to add filters and edit your image before sending. To find your friends who are using Wickr and to add them, all you need to perform is a simple search. It also allows you to invite your friends who are not on Wickr.

Compatibility: Requires iOS 7.0 or later. Compatible with iPhone, iPad, and iPod touch. This app is optimised for iPhone 5, iPhone 6, and iPhone 6 Plus.  Also, compatible with all android devices running on Android version 4.0 and up. 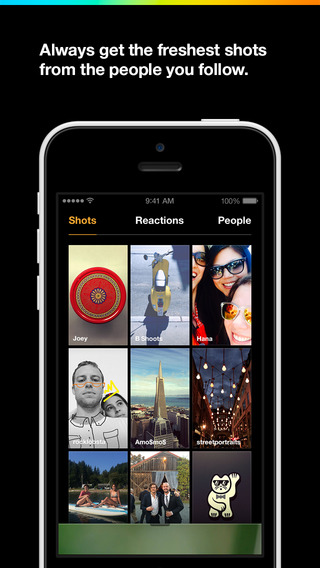 Slingshot is another instant messaging app that can be termed as an appropriate alternative to Snapchat. It allows you to send messages that are temporary. The different thing about Slingshot is that you can respond to your friends media by creating your own cool and funky photos or videos.

Once you click a photo or video, there are two options available to go ahead with. You can either choose the ‘reshoot’ option if your photograph or video isn’t what you expected. It allows you to take another shot. The second option is draw which means you’re fine with your output and you’re ready to edit it and send.

Slingshot is amazing and works without any edges. It’s user interface face is simple and nothing fancy. You can also invite your friends to use it by clicking on an option that sends an automated text. Security wise, the app is decent and there are no major claims from the auditors that criticize anything about this app.

Compatibility: Requires iOS 7.0 or later. Compatible with iPhone, iPad, and iPod touch. Also, compatible with all android devices running on Android version 4.1 and up. 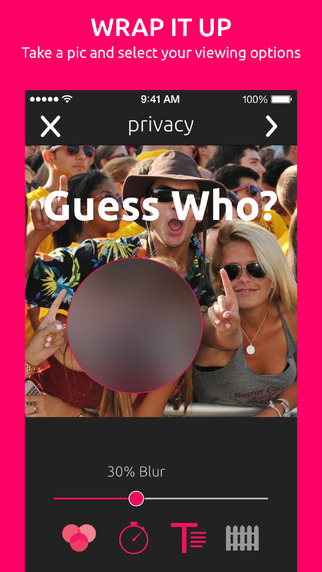 The best thing that stands out about Yovo is it overcomes one of major defects of Snapchat.

While, on Snapchat, the pic or media file that you send disappears after a while, the receivers can always screenshot them and keep it in their archives. Thus, it becomes unsafe if you’re sending some personal or confidential files that you want to leave no trace of. Yovo eliminates this insecurity.Though it doesn’t directly prohibits from taking screenshots, it sends a static distortion wave on the screen that blurs out everything there, thus making the screenshot useless. This technique is called as “D-fence” and was invented by Scott Richardson.The app is not yet available on Android but soon to make debut there.

Compatibility: Requires iOS 7.0 or later. Compatible with iPhone, iPad, and iPod touch. This app is optimized for iPhone 5, iPhone 6, and iPhone 6 Plus. 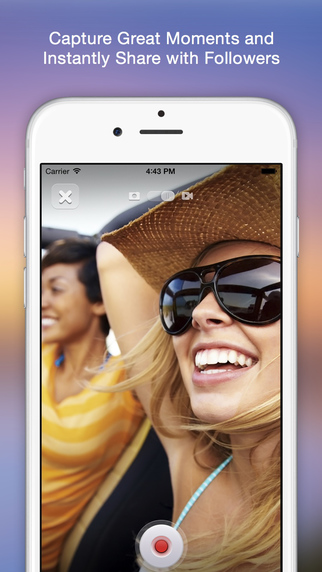 Clipchat is another Snapchat like app that allows you to send self-vanishing photos with a simple-touch interface. This app is so similar to Snapchat that it looks like the clone of former one.

Clipchat has a very elegant interface and is much simpler than Snapchat unlike the funky interfaces of other apps. Once you send a photo via Clipchat, the receiver first gets a blurred preview of that image. Once he clicks on it, an animation effect occurs that makes the image clear and no longer blurred.While, the default in Snapchat is photo-sharing, in Clipchat is set to video-sharing.

Clipchat is also high on security. If you’re friends are using high end iPhones this app also let’s you know if they’ve attempted to take a screenshot of the image that you’ve sent them. Thus, Clipchat is a simple and engaging instant messenger that gives you a complete experience of volatile messaging.

Compatibility: Requires iOS 7.0 or later. Compatible with iPhone, iPad, and iPod touch. This app is optimized for iPhone 5, iPhone 6, and iPhone 6 Plus. For Android it requires version 4.0.3 and up. 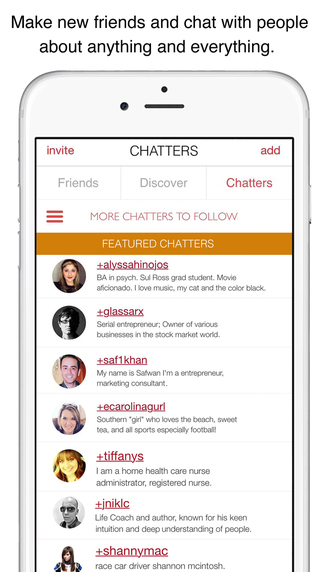 Cyberdust is extremely useful instant messenger full of amazing features. Along with the basic facility of sending self-destructive messages that puts Cyberdust into the category of Snapchat alternative apps, it also has locked some amazing features under its hood. Along with images, you can also send stickers, GIFs, animations, URLs that will disappear after few minutes. Additionally, you can also edit images by writing captions on it. Cyberdust also allows you to pin sent messages so that you can remember the conversations.

Cyberdust is also very reliable in terms of security. It only sends encrypted images to avoid unauthorized use. Along with it, it also notifies you if the recipient tries to screenshot your message and thus prevents your media from reaching their hard disk. It also allows you to send same message to multiple people, called as Blast message.

Compatibility: Requires iOS 7.0 or later. Compatible with iPhone, iPad, and iPod touch. This app is optimized for iPhone 5, iPhone 6, and iPhone 6 Plus. For Android users, your smartphone must have Android 4.0 or up.

SEE ALSO: 15 Apps That Can Make Your Selfies Even Better

So, this was our list of all the amazing Instant Messengers that offer you to send self-vanishing messages similar to Snapchat. If, we’ve missed any such app that you’re aware of then please mention it in the comments section below.