Note: For our tests, we will be pitting the Vivo X21 UD with an under display fingerprint scanner against the OnePlus 6 and the iPhone 8 Plus.

We start off with the actual registration of one’s fingerprint on the device.

First up, we have the OnePlus 6. The OnePlus 6 makes use of one of the fastest capacitive scanners out there, and it shows. It took me merely 8 seconds to register my fingerprint on the OnePlus device, complete with the Edge Input as well. Additionally, I’d like to add that it features one of the smoothest surfaces, which makes interacting with the sensor all the more seamless. 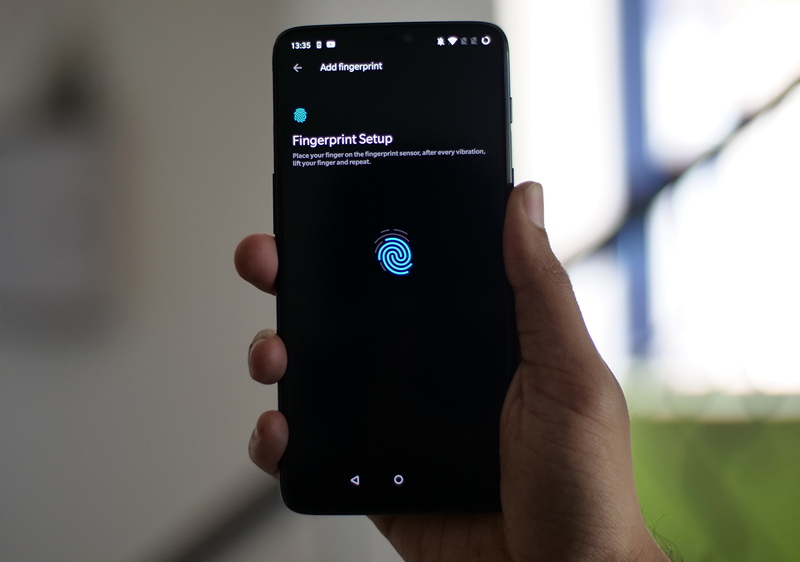 Next up, was the iPhone 8 Plus, which makes use of Apple’s TouchID. Registering on the iPhone device took me roughly 13 seconds, which is still decent. Yes, it does use the same capacitive touch technology for storing the fingerprint, but the included animations, as well as an extra layer of security hashing algorithms (as stated by Apple), do end up making the registration process slightly longer. The surface of the fingerprint scanner on the iPhone 8 Plus is as smooth as you can expect it to be, and positioning it underneath the Home button gives it an intuitive touch as well. 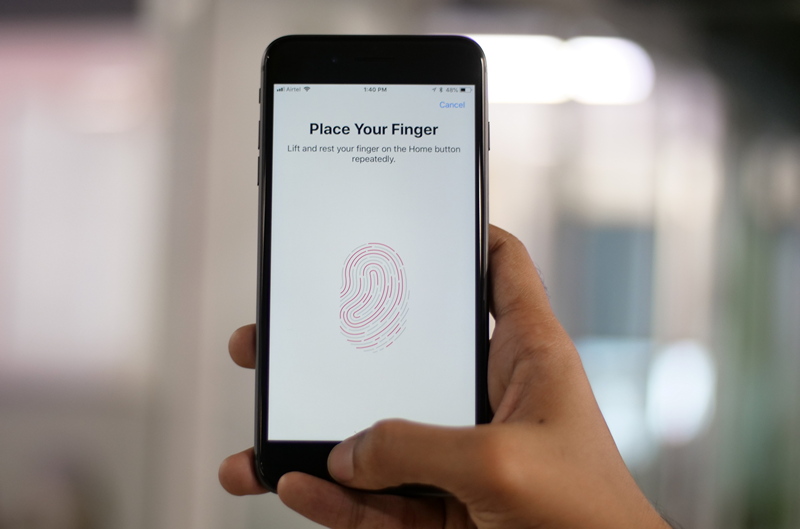 Lastly, we have the Vivo X21 UD with us. The registration process on this is, well, quite tedious, to be honest. While I’ll get to the numbers in a second, the fact that you literally have to press (read force) your finger on the screen quite hard to make the sensor recognize it is quite awkward. As for the time, it took me an astonishing 22 seconds to register part of the fingerprint only. The complete registration, including the edge input, took me about 35 seconds in all, which is just absurd. 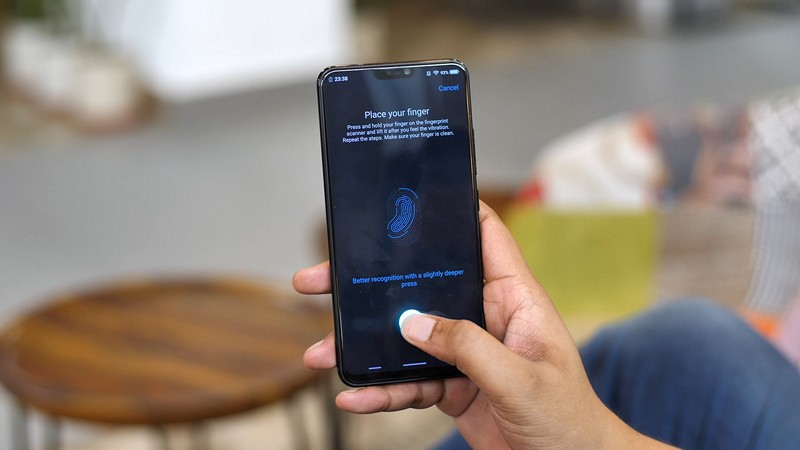 It is worth noting that both the OnePlus 6 and the iPhone 8 Plus are using capacitive technology for their fingerprint scanners, which has gone multiple revisions to come to the speed of recognition that it has today. On the other hand, the Under Display finger scanner on the Vivo X21 UD makes use of primitive technology, that is expected to be refined over the years. Maybe one day I won’t have to press so hard on my screen to register my fingerprint on it, but for now, the Vivo X21 UD takes an awfully long time to do it. In the end, the OnePlus 6 takes the lead, with the iPhone 8 Plus coming in close, and the Vivo X21 UD lagging in far behind.

Let’s talk about speed, shall we?

The OnePlus 6 carries the tagline “The Speed You Need”, and the fingerprint scanner on it manages to live up to it. The company claims that the scanner can unlock the device in just 0.2 seconds, and while I can’t really give you an exact measure for the same, it certainly seems to be as fast as that. The OnePlus 6 unlocks in absolutely no time, and there’s no debating over that fact. 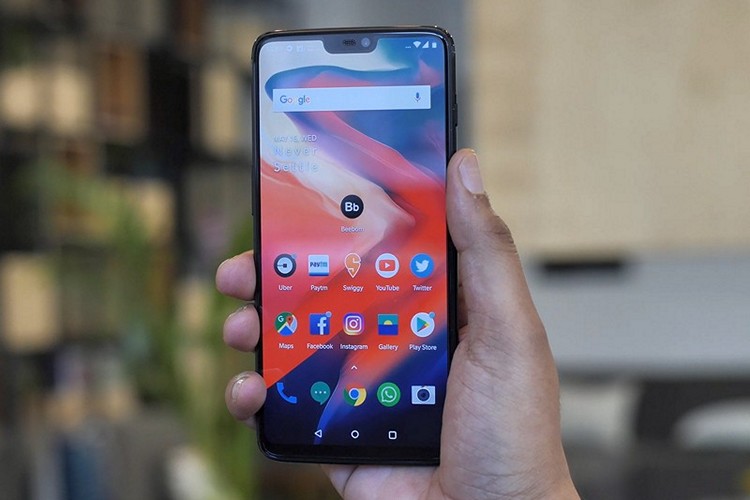 Next up, we took the iPhone 8 Plus for a spin. I’m sure a lot of you already know the answer to this, and yes, the iPhone 8 Plus does lag behind the OnePlus 6 in the overall speed. That being said, I would like to point out the fact that as far as the speed of the fingerprint scanner (or TouchID) is concerned, it is almost as fast as the OnePlus 6, coming in at nearly 0.4 seconds. What makes the iPhone 8 Plus look slower are the animations, which takes the total time for unlocking almost up to 0.7 seconds. 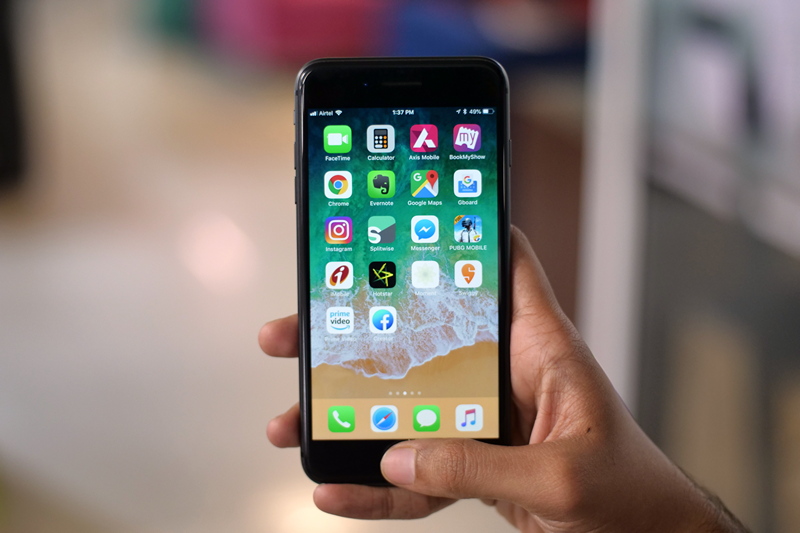 Lastly, we have the Vivo X21 UD. The X21 UD takes close to a second to unlock the device, including the cumbersome animations as well. When you look at it figuratively, it does indeed seem to be a long time span. But then again, for the end user, I don’t expect it to matter that much. You still get to use your device quite swiftly, and while I’m not sure whether the blame for this goes to the Snapdragon 660 SoC (which is clearly slower than the Snapdragon 845 on the OP6), it is still fast enough, especially considering this is a new technology that the device is using. 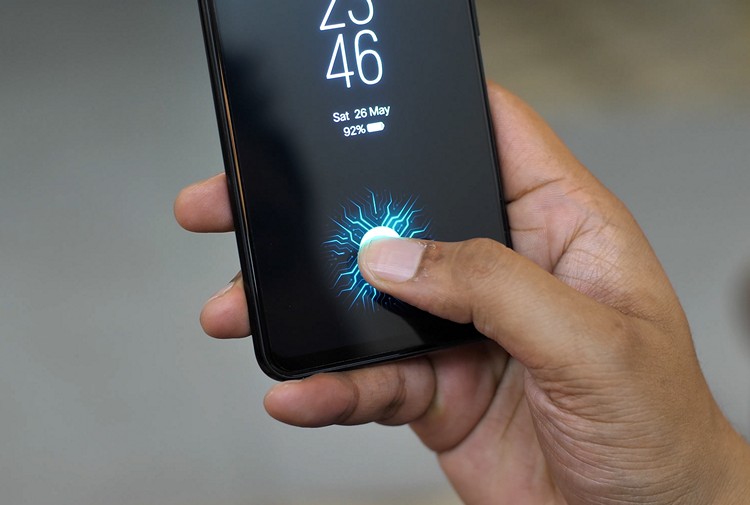 Once again, the OnePlus 6 has the lead, unlocking the smartphone in a blazing fast time of just 0.2 seconds or so. In the context of the comparison of technologies, the fingerprint scanner on the iPhone 8 Plus isn’t that far behind than the OnePlus 6, but the animations make it rather slower for the end-user. As for the Vivo X21 UD, it is a relatively newer technology, and results are bound to be like this. Nonetheless, the speed is quite respectable, and shouldn’t really make much of a difference to the end user.

Speed is one thing, but what about consistency?

The OnePlus 6 has already proven to be the fastest in this test, but is the fingerprint scanner on the device just as accurate? Well, I tried using the device a lot, and in my testing, the OnePlus 6 was able to correctly recognize my fingerprint 8 out of 10 times. Truth be told, I reckon that this is due to the awkward shape of the scanner, since the scanner on the OnePlus 5T, which uses the same technology, has a higher accuracy than this. 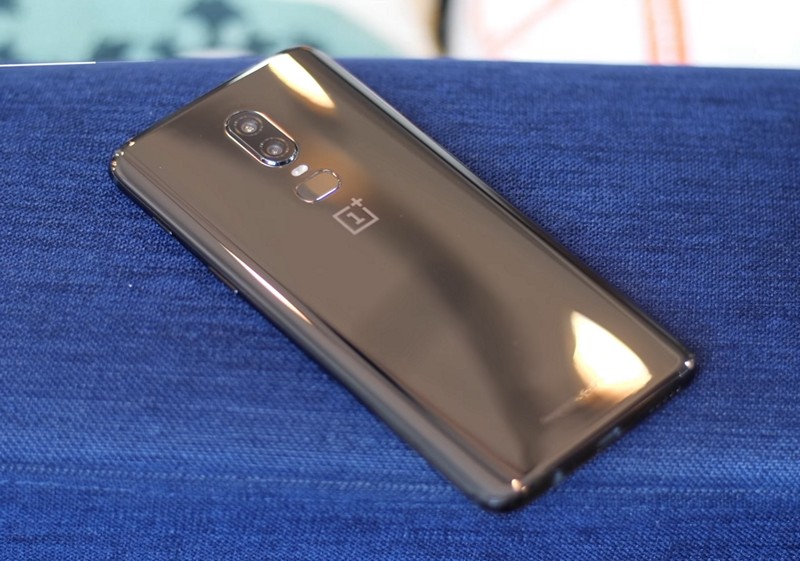 Next, we have the iPhone 8 Plus, and boy is this thing gold. In my experience, the Apple device managed to unlock the device accurately with a success score of 9 out of 10, which is just great. Yes, it’s not perfect, but it gets just as close to perfection. 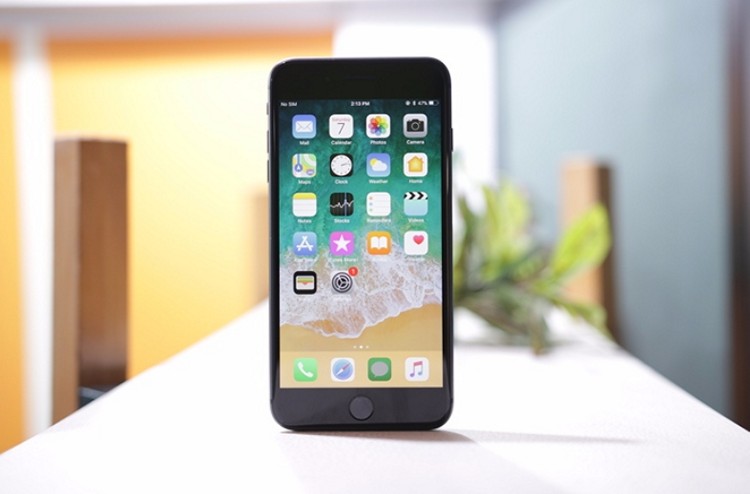 Lastly, I tested out the Vivo X21 UD. Truth be told, the under display fingerprint sensor on this device is sort of inconsistent, which was something I expected from the get-go. The Vivo X21 UD managed to recognize my fingerprint just 6 out of 10 times. Considering this is still a newer technology, this was something one would have anticipated. Also, it is worth noting that the major issue with this inconsistency is the fact that you have to actually press quite hard on the screen, as opposed to the simple touching of your finger on the OnePlus 6 and the iPhone 8 Plus. 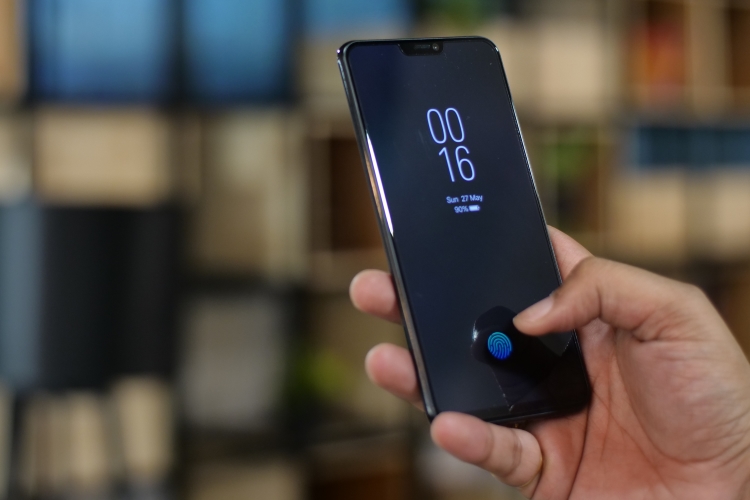 Bottomline, the iPhone 8 Plus takes the lead here, with the OnePlus 6 coming in just behind it. Once again, the Vivo X21 UD is behind the competition, but then again, it’s not a complete disappointment as some of you might have expected. 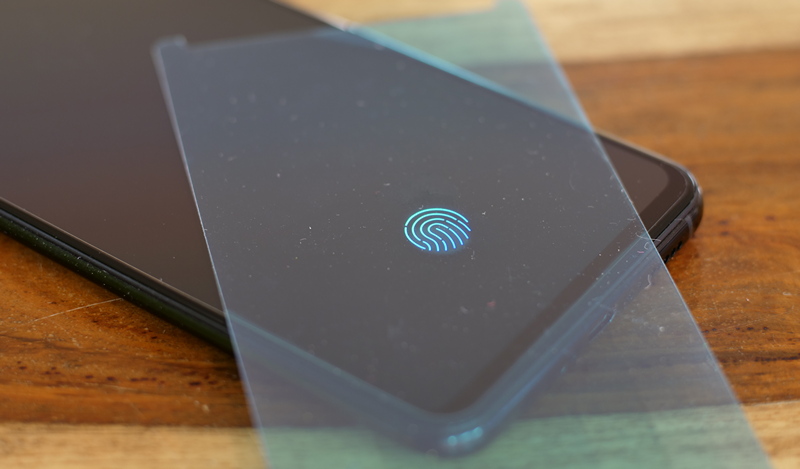 On the other hand, the Vivo X21 UD makes use of advanced optical fingerprint scanning technology, which can work under any visible surface. In my testing, the scanner on the X21 UD worked just as fine under screen protectors of all kinds, which is a great thing to have.

Well, those were all the standard testing parameters. But things can get rough at times, right? Let’s see how the three devices fare in this aspect:

We start off with the OnePlus 6 under oily conditions. I tried opening the device with my extremely oily hands (you know how Indian food is), and interestingly, the OnePlus 6 faced no issues at all. It opened at the same pace as it usually does. I took things further with using the fingerprint sensor with moisture on the top as well as some dirt on top, and it had the same story. The OnePlus 6 exhibited the same speed and accuracy as it did in normal conditions, which is just great. 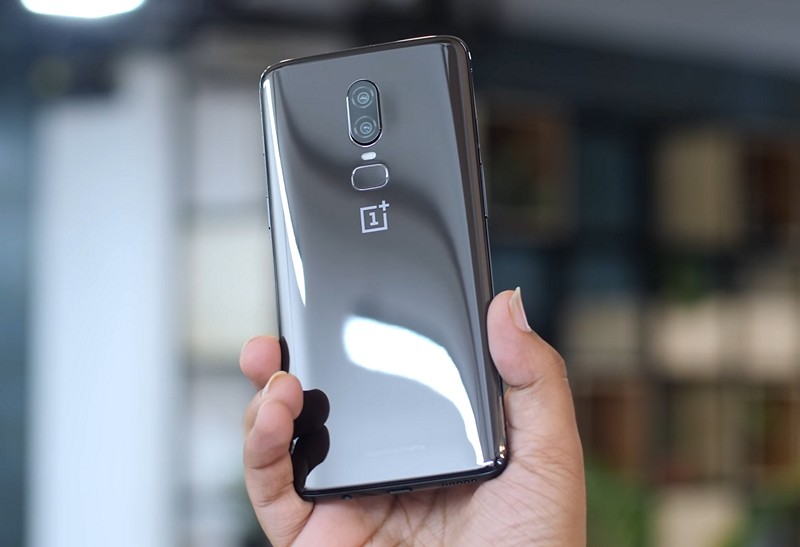 Next up, I decided to test the TouchID on the iPhone 8 Plus under these weird conditions. Just as I expected, the iPhone 8 Plus featured pretty well, only being a tad bit slower than its usual speed. I was able to unlock the device with oily fingers and fingers with a lot of dust on top of them. The speed was slightly slower but still negligible. That being said, the Apple device simply failed to recognize my finger with even the slightest moisture on top of it. 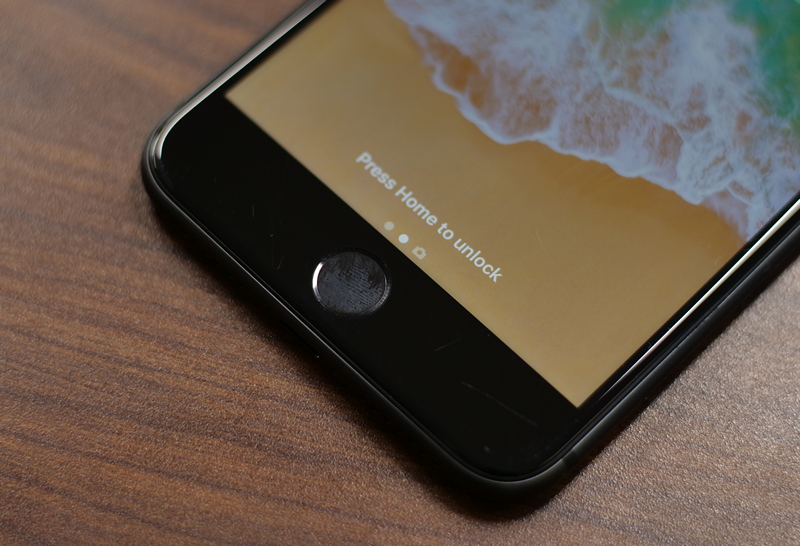 In the end, we have the Vivo X21 UD, and it surprisingly was able to work quite well. Now, it still had the same level of inconsistency with its recognition, but it was able to work just as well the iPhone 8 Plus. What that means is that while I was able to unlock the Vivo X21 UD with my oily as well as dusty fingers, it failed to work under moist conditions. I will, however, point out that once out of 10 tries, the Vivo smartphone was able to recognize my fingerprint, but I reckon that was just luck. 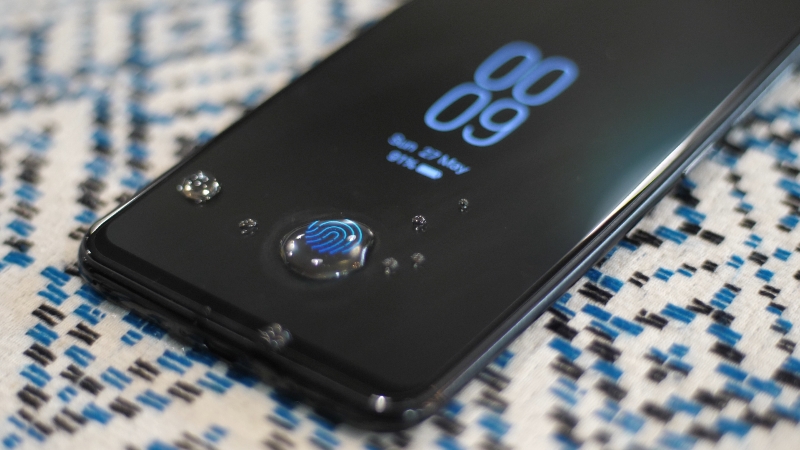 Under Display Fingerprint Scanner: Steady Steps into the Future

Discarding the actual numbers, the end-user might not even notice all the differences that I’ve highlighted above, and thanks to the efficient use of space, might end up liking the under display fingerprint sensors. For what it’s worth, the Vivo X21 UD showcases the advancements we’ve made in the biometrics department, and what the future holds true for the upcoming smartphones.