Skip to content
Home PC Linux Linux Mint vs Ubuntu: What is the Difference?

If you’re a beginner in the world of Linux, chances are you’ve been recommended to install Ubuntu or Linux Mint as your first distribution. It’s not a bad recommendation; quite the contrary, both distributions are a great choice for a first-time user, especially if you’re transitioning from Windows.

Perhaps you already know that Linux Mint is based on Ubuntu, but how did it all start?

In the beginning, there was Debian, and in 2004 Ubuntu was developed as a standalone Linux distribution based on Debian’s unstable version with the same package format (.deb). Two years later, in 2006, the first version of Linux Mint came out. It was based on Ubuntu (technically, on its KDE flavor called Kubuntu) and used Ubuntu’s software repositories. Here we have the first distinction: Ubuntu is older than Linux Mint.

Ubuntu also has a much bigger team of developers behind it. It’s funded by Mark Shuttleworth and his company Canonical which has several subsidiaries with more than 500 employees across the world. The development of Ubuntu and its various sub-projects is controlled by the Ubuntu Technical Board and numerous Engineering Teams in cooperation with the Ubuntu Community Council and local community teams.

On the other hand, Linux Mint doesn’t have an elaborate, multinational structure to back it up, and instead relies primarily on sponsors and donations from users, as well as on partnerships with other companies. The leader and founder of the Linux Mint project is Clement Lefebvre, and there are dozens of maintainers and developers organized in teams who help create, translate, test and improve new versions of Linux Mint. The teams are mostly based in Europe, although there are a few local communities in Asia.

Both Ubuntu and Linux Mint have an established naming scheme for their releases. Linux Mint traditionally gives every new release a female name that ends in -a. Until 2007, Linux Mint had point releases (2.0, 3.0…) – it switched to major release numbers in 2008 with Linux Mint 5 LTS codenamed Elyssa. At the end of 2014, however, they returned to a point number naming scheme with the 17 LTS release, which is currently in its 17.1 iteration, and 17.2 is planned for June 2015 (it will be called Rafaela).

Ubuntu has always had, and still has, point releases with the version number reflecting the year and the month of the release. Ubuntu releases are codenamed alphabetically, with the name consisting of two words starting with the same letter. The first word is always an adjective, while the other denotes an animal, usually of a rare species. 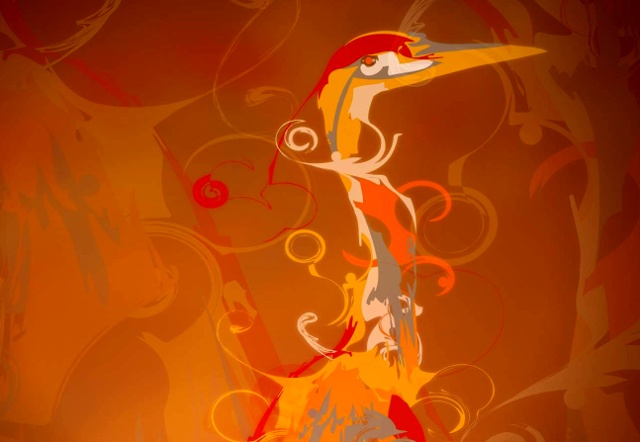 At first Ubuntu didn’t follow the alphabetical pattern, so the first two release names started with W and H, respectively, and there was never a release named with either A or C. Current release is 15.04 Vivid Vervet, meaning it was released in April of 2015. We already know the name of the next release: Wily Werewolf, which is coming out in October this year.

A new version of Ubuntu is released every six months, which comes down to two versions every year, usually in April and October. Every release is supported for nine months, after which it reaches “end of life” and stops receiving official updates and patches.

Linux Mint follows the Ubuntu release schedule, so they also have two new versions per year. However, the schedule is not fixed and new versions come out “when they’re ready”, which is usually a month or two after new Ubuntu releases. LTS versions are present in Linux Mint as well, with support for up to five years. Every fourth version of Linux Mint is a LTS.

The latest LTS, Linux Mint 17 Qiana, is notable for its special release cycle. Instead of switching immediately to Linux Mint 18, the developers decided to backport applications and create a stable system while providing updates on a smaller scale. Thus Linux Mint 17.1 Rebecca was released in November 2014, and 17.2 is coming this year.

Over the years Ubuntu has grown to encompass several editions for different devices and purposes. The main edition is Ubuntu Desktop, usually referred to as simply “Ubuntu”, and there are Ubuntu Server Edition, Ubuntu Touch for smartphones and tablets, Ubuntu Cloud images, and Ubuntu TV for smart TVs. There’s also a version of Ubuntu Desktop for Chinese users called Ubuntu Kylin, an edition bundled with educational software called Edubuntu, an edition for multimedia editing called Ubuntu Studio, and Mythbuntu, an Ubuntu edition for building a home theater PC. 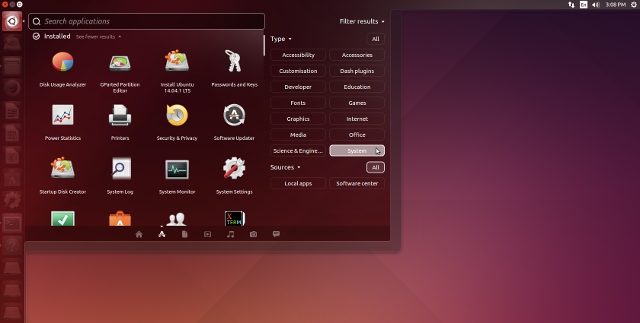 Flavors, or Ubuntu variants, are versions of Ubuntu Desktop with different desktop environments installed by default. The main Ubuntu Desktop edition comes with Unity, Ubuntu’s own environment. Other flavors are Ubuntu GNOME, Kubuntu (KDE), Lubuntu (LXDE), Xubuntu (Xfce) and Ubuntu MATE, which has been recognized as the official Ubuntu flavor just this year.

Linux Mint comes in 32- and 64-bit editions with multimedia codecs included or without them. There’s also an OEM edition for hardware manufacturers. Since 2010, the Linux Mint team maintains a semi-rolling release distribution called Linux Mint Debian Edition (LMDE). It’s based on Debian Testing, comes in 32-bit and 64-bit versions, and features a user-friendly installer. For now there are two official flavors of LMDE – MATE and Cinnamon – but users can install any desktop environment they want. 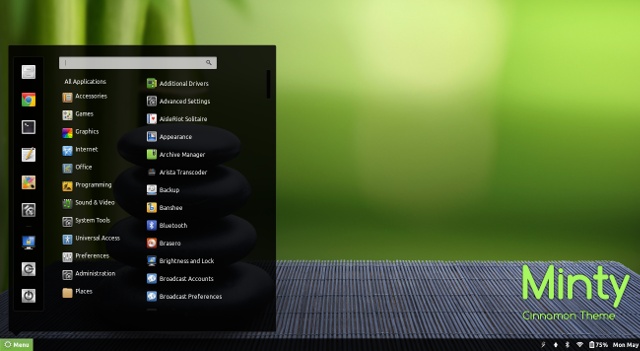 As for Linux Mint flavors, there are Cinnamon (Mint’s own desktop environment), MATE, KDE, and Xfce editions, but only the first two are considered “main editions”. There used to be Linux Mint GNOME, LXDE and Fluxbox editions, but they are no longer actively developed.

Software & Under the Hood

Provided that you download and install the Linux Mint edition with codecs, you will get Flash, Java, and other multimedia essentials installed by default, whereas on Ubuntu you have to install them yourself. The selection of default applications is similar on Ubuntu and Mint – both offer Firefox, LibreOffice, and Thunderbird, but Mint also includes VLC, Pidgin, and GIMP.

Users can enable the “import” repository in Mint which lets them easily install Opera, Picasa, and Skype from Mint’s own software manager called mintInstall. This application is just one in a whole set of smaller utilities developed by the Linux Mint team, including mintDesktop, mintBackup, mintUpload, mintConstructor, and mintUpdate, a standalone helper utility for managing and installing system updates. 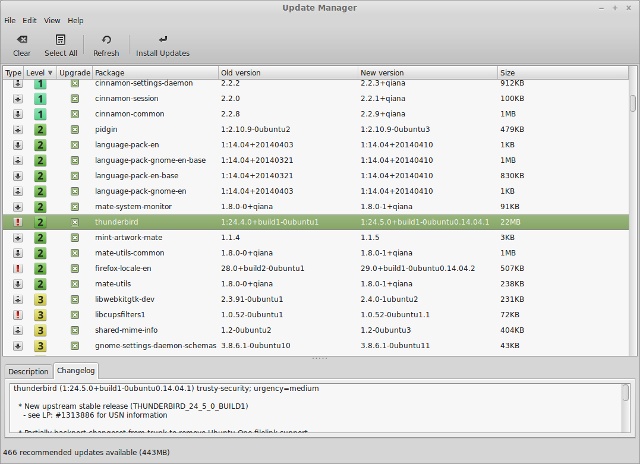 Apart from that, Mint also has its own desktop menu called mintMenu, and a display manager called MDM, which can replace KDM or GDM and manage the desktop login process. The developers of Mint also modify or patch some applications provided by Ubuntu, such as GRUB, Xchat and Plymouth. 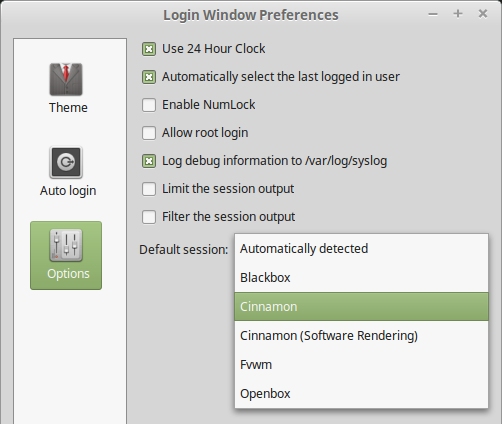 Ubuntu lets its users install new applications from the Software Center. It’s worth noting that they include some commercial applications in their offer, requiring users to purchase the software. 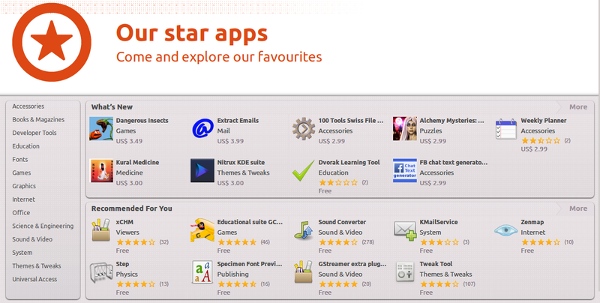 Ubuntu comes pre-installed on desktop computers and laptops on many famous vendors, including Dell, Lenovo, HP, and ASUS. It’s a popular choice for mini-PCs as well, so users can purchase Aura by Entroware or Meerkat by System76 – both minimal configurations powered by Ubuntu. However, one of Ubuntu’s biggest successes is the launch of their very own smartphone – BQ Aquaris E4.5 – that runs Ubuntu Touch. 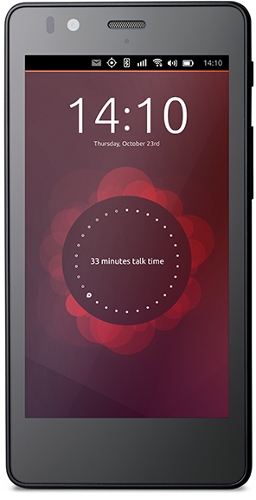 Linux Mint has partnered with a few projects and companies that make it possible to purchase computers with Mint as the pre-installed OS. The most interesting project is MintBox, a mini-PC produced by CompuLab. It’s available at an affordable price, and 10% of the earnings goes back into the Linux Mint project. 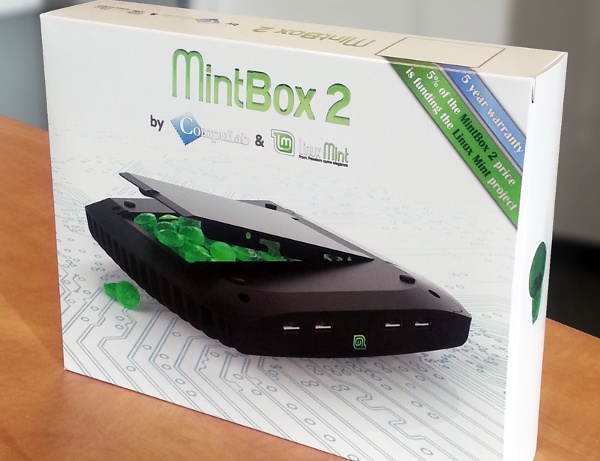 Plans for the Future

Linux Mint has always been known for its user-friendly approach, and the developers strive to provide a traditional desktop experience that’s suitable for beginners and average users alike. While they bring exciting new features with every release, they’ve usually maintained a somewhat conservative stance and did not implement too radical changes. Their desktop environment, Cinnamon, will soon reach version 2.6, which is bound to bring new options and improvements. Since Ubuntu has switched to systemd in this year’s 15.04 release, it is expected that Linux Mint will also switch to systemd in version 18, and in LMDE 3. It’s also possible that systemd will be offered as an option alongside Upstart, which Mint currently uses.

On the other hand, the visionaries from Canonical have never been afraid to introduce groundbreaking changes, even at the cost of their users’ loyalty and sometimes the overall stability of the OS. Their Unity desktop environment divided the userbase into those who loved it and those who loathed it – there was hardly any middle-ground. With convergence as their ultimate goal, developers of Ubuntu are planning to switch from X to a new display server called Mir. The switch will be tied to another change, which is introducing Unity 8 as the new default desktop environment. These changes are expected in 2016. 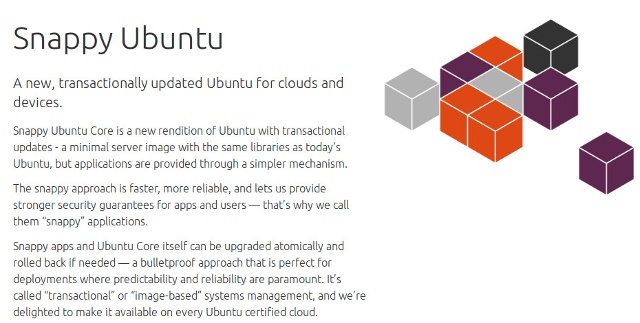 We can also expect a completely different approach to software packaging as Ubuntu moves away from .deb packages and PPAs, and starts using its own product called Snappy, or snap packages. They are supposed to be more secure, easier to port and create, faster to update, and their updates will be incremental, which means smaller downloads. It sounds interesting, but all we can do now is wait and see what happens.

And there you have it – these are the most obvious differences between Linux Mint and Ubuntu. Of course, we could compare them on other levels; for example, take a look at percentages of their popularity or count the languages into which each distribution is translated. Still, this should be enough to help you decide which distro to choose. To make the decision even easier, you can use this graphic that shows the features and differences at a glance: 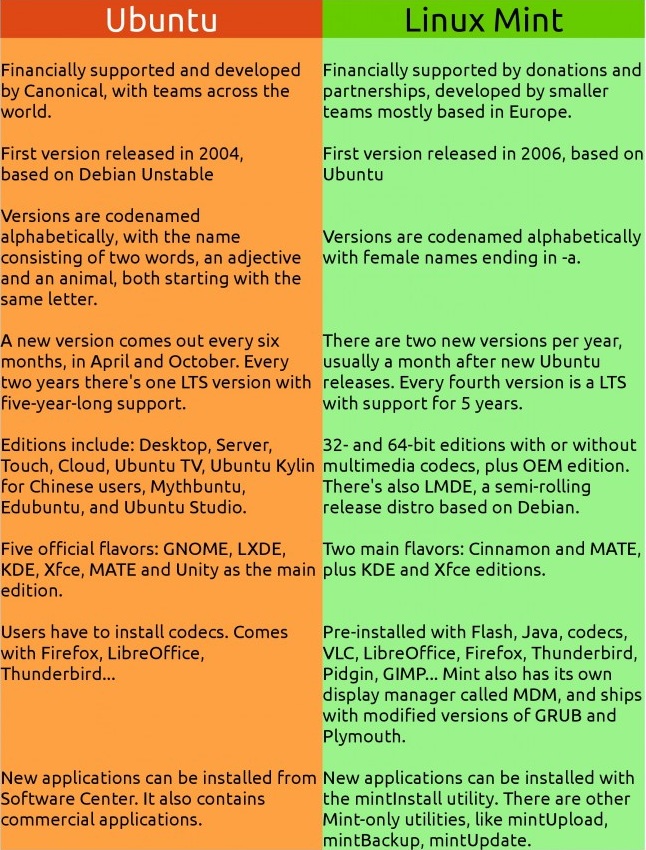 Can you name any other differences between Mint and Ubuntu? Which distribution is your favorite of the two? Tell us in the comments below.

SEE ALSO: SSD vs. HDD: Which One Is Better, And Why?

How to Create Bootable Live USB with Multiple Linux Distros

How to Flush DNS Cache in Linux