Skip to content
Home PC Linux Linux vs Windows, As Experienced By A Linux User

If you’ve ever been to a tech-related online forum, chances are you’ve witnessed a thread called “Linux vs Windows” or similar, where users of each OS insulted each other in an attempt to prove which OS is better. Perhaps this isn’t so surprising after all. People get attached to the OS they use every day, and they want to convince the opposing side that it’s really great. It’s easy to get carried away when others start bashing something you like.

This comparison won’t be like that. The aim of this text is to help people decide which OS is better for their current needs, because that’s the only sensible way to compare operating systems – by relating them to a specific context. I think we can agree that a perfect OS doesn’t exist; they all have issues, and there isn’t a single one that’s “best for everything”. We should look for features that make each OS suitable to different types of users: students, beginners or programmers. It’s also important to consider hardware limitations, since not every OS can run on any kind of hardware.

How to compare Linux and Windows?

The biggest problem is that the two operating systems are very different. Originally, the term “Linux” used to refer only to the kernel, but today we use it interchangeably with “Linux distribution”. There are so many distributions, and although they’re all based on the same kernel, they use different desktop environments, package managers and come bundled with different software. Windows is more homogeneous, although there are different versions of Windows, too (XP, Vista, 7, 8…).

Trying to compare every version of Windows to every popular Linux distribution would be time-consuming and futile, since old versions of Windows are becoming obsolete and Windows would probably lose that “battle”. On the other hand, comparing Windows and Linux on a too general level doesn’t work well either, because Linux is so modular and some features are available only in one DE or distribution. If your generalized comparison doesn’t mention that, Linux will likely seem “worse” than Windows.

Therefore, I believe it’s better to make a comparison focused on just one version of each OS as a “sample”.

In this text, I’ll compare Windows 8.1 and Ubuntu 14.04 LTS. However, I will mention if some features are available in other versions, if that information is relevant.

Final disclaimer: I’ve been a Linux user for almost ten years, and prior to this comparison of Linux vs Windows, I haven’t touched Windows in a long while. If there’s something in the text that I misrepresented, please believe that it’s not out of malice, but simply because I don’t have much experience with Windows. Of course, you’re always welcome to correct and inform me about it – in a respectful, constructive way – down in the comments.

Before installing any OS, you have to make sure your system supports it, at least on some basic level. Official system requirements for Windows 8.1 are as follows:

Not too demanding, right? Let’s see what Ubuntu 14.04 needs:

Ubuntu seems more RAM-hungry, but it requires half the disk space that Windows needs. Also, note that different flavors of Ubuntu have different requirements – lightweight environments won’t need as much RAM or disk space, and if you don’t want desktop effects, you don’t need the latest graphics card.

If you have an old PC, Ubuntu is a better choice, but if you have a configuration that’s strong enough to handle both systems, don’t worry too much about this. We’ll give a point to each OS since they’re similar in this aspect.

Which version to install?

Previously I’ve mentioned “flavors”. They are versions of Ubuntu with different DEs installed by default. You can choose Kubuntu (KDE), Xubuntu (XFCE), Lubuntu (LXDE), or Ubuntu GNOME. There’s also Mythbuntu (a Home Theatre PC version of Ubuntu), Edubuntu (bundled with educational sotfware) and Ubuntu Studio (for multimedia creators). Then there is Ubuntu for servers, for the cloud, for smartphones, and Ubuntu Core, which is a very minimal implementation (only 20 MB) that you can use to install software. Aside from all this, you can install any other desktop environment, like Enlightenment or Cinnamon, on Ubuntu if you so desire. 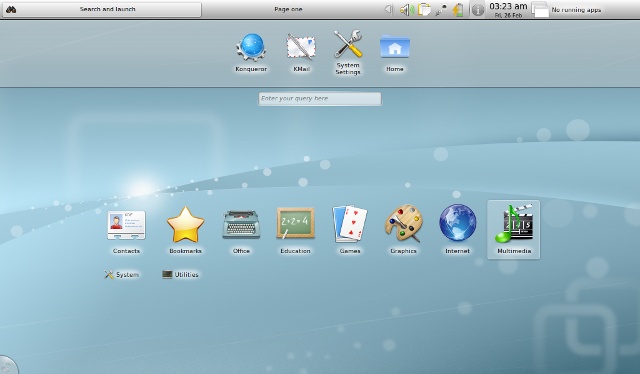 Only the two first ones are aimed at regular, desktop users. They all look more or less the same, but they don’t offer the same features, and Windows RT can only be installed on ARM-based devices. There’s also Windows To Go, which is a portable version of Windows intended to run from USB drives. However, this feature is supported only by the Enterprise version, which sucks for everyone else. Ubuntu, like any other Linux distribution, lets you install it on a USB drive and run it without restrictions. 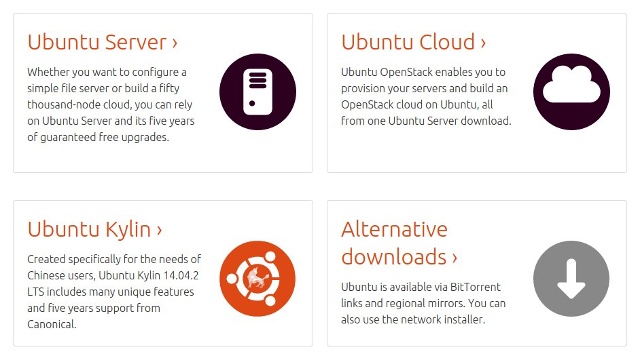 The multitude of Ubuntu flavors might seem like an overkill, especially for beginners who don’t fully grasp the desktop environment concept or the differences between DEs. However, I think this flexibility and freedom of choice, as opposed to Windows’ limited options, earns a point for Ubuntu.

Installing both Linux and Windows used to be a nightmare – the former didn’t even have a graphical installer, while the latter took ages and a dozen restarts to install. The installation process of Windows 8.1 and Ubuntu 14.04 is visually pretty similar, consisting of step-by-step, user-friendly dialogs. However, nearly every Linux distribution offers the Live CD/DVD mode, which you can use to try out the OS before installation. Windows does not have such a thing, although there’s Windows PE, about which Microsoft has a really strict policy:

“To prevent its use as a production operating system, Windows PE automatically stops running the shell and restarts after 72 hours of continuous use. This period is not configurable.”

Basically, you’re only allowed to use Windows PE for recovery and installation, but not as a full-fledged operating system. I’d say Linux deserves a point here.

Ubuntu offers support for a huge number of devices out-of-the-box thanks to the kernel and its modules. In general, Linux is much better at supporting old devices, so if you’re trying to revive an old PC, try Ubuntu first. 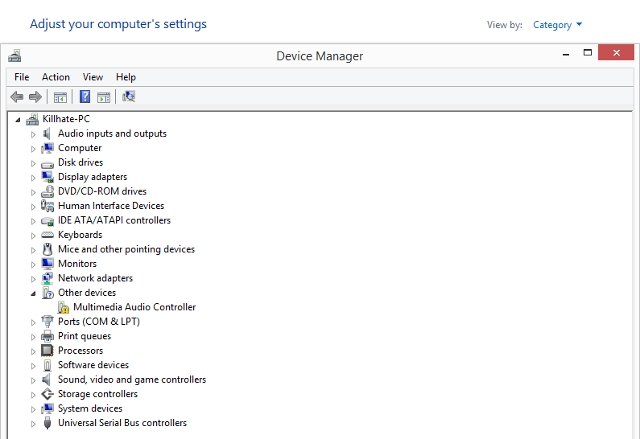 However, if you have new hardware, Windows might be a better choice. There are workarounds and solutions, but Linux still has problems with UEFI and Secure Boot. The same goes for new graphics technologies like Nvidia Optimus – there is support on Linux, but Windows users have it easier. There’s also that whole mess with proprietary and open-source AMD drivers on Linux. In short, if you’re planning to use your computer for gaming or anything that requires stable graphics support, Windows is your best bet.

Windows 8.1 lets you choose between two interfaces: the traditional desktop and the Start (Metro) interface with tiles. Also, the traditional start menu is gone – although the button is still present in the taskbar, it leads you back to the Start interface. Here you can search for apps to open them, which seems to be an attempt to phase out desktop shortcuts. 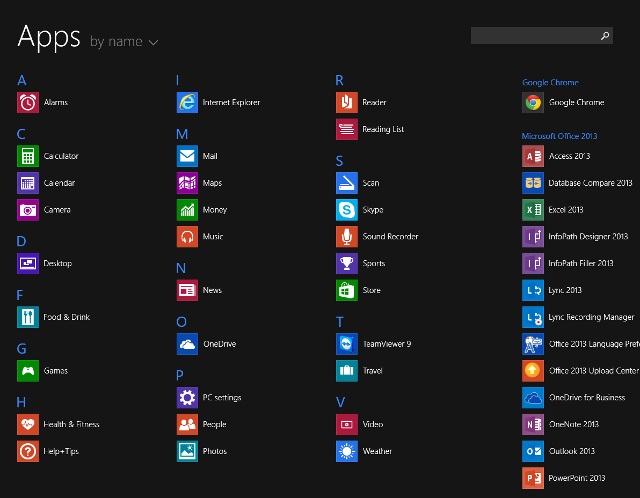 Ubuntu can have completely different interfaces depending on which version and DE you install. Most DEs support a traditional look with one or two panels, letting you place icons on the desktop and use regular menus with links to all applications. Ubuntu also has the Dash, which works almost exactly like searching for apps in Windows – it’s a desktop overlay that serves as a launcher. Gnome Shell has essentially the same functionality, and you can add it to other DEs (KDE, for example) by installing widgets. 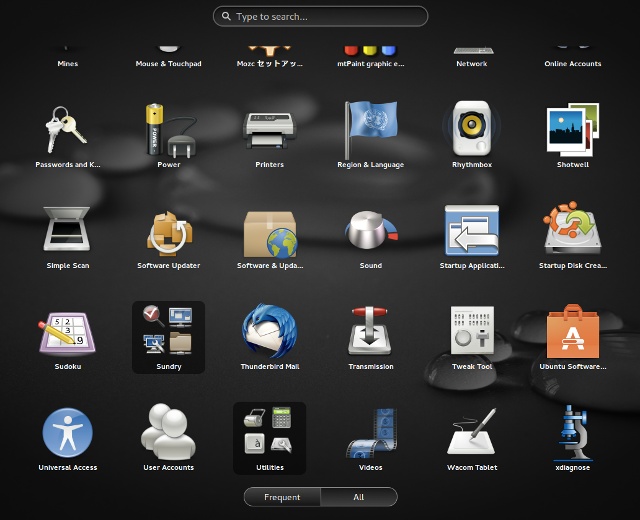 Overall, I would say that Ubuntu is more customizable, as you get several desktop and icon themes by default, and you can install everything from one centralized dialog. 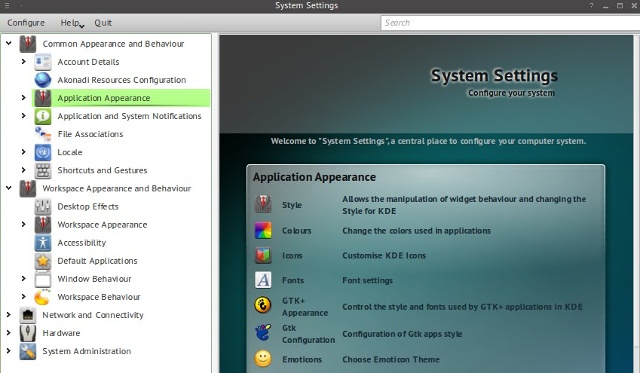 Windows offers themes as well, but they don’t affect as many desktop elements. Changing the entire look & feel of the Windows desktop requires special third-party software. 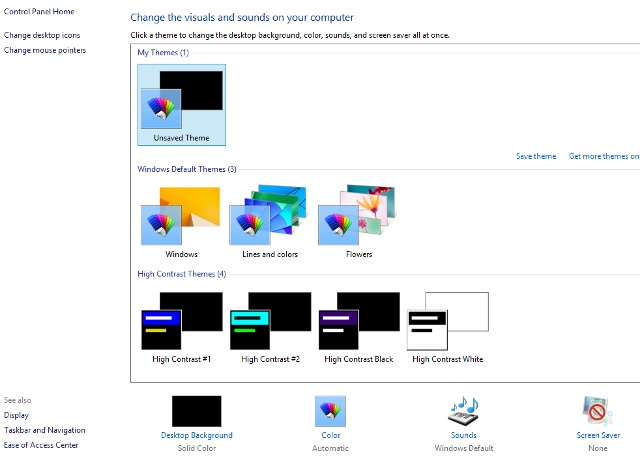 In short, it’s much easier to make Ubuntu look like Windows than vice versa. If you’re into desktop modding, Ubuntu is your heaven. However, not many users care about window borders and panel transparency. Since this is an aesthetic and quite a subjective category, we’ll give a point to each.

Windows 8.1 divides traditional desktop apps and Windows 8.1 apps – full-screen apps that run in Metro mode and have to be installed separately for each user. This makes them inconvenient, in my opinion. 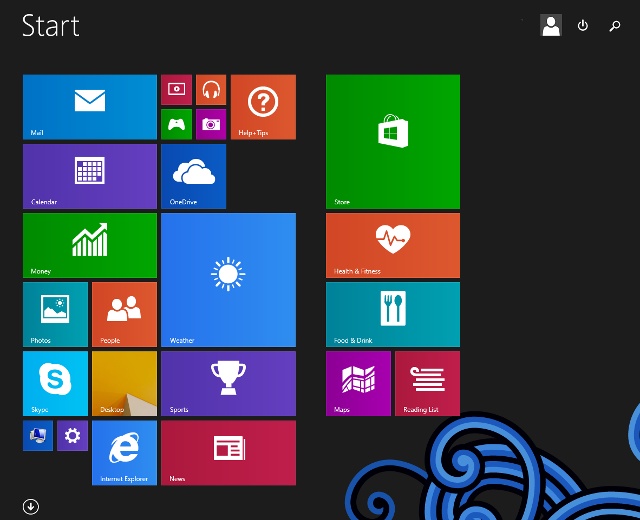 On Ubuntu, you can install almost any application that exists for Linux from the repositories. Applications in the repositories are tested and support your exact version of Ubuntu, so you don’t have to worry about backwards (in)compatibility. On the other hand, Windows 8.1 supports applications for older versions of Windows, but not all of them and not always. 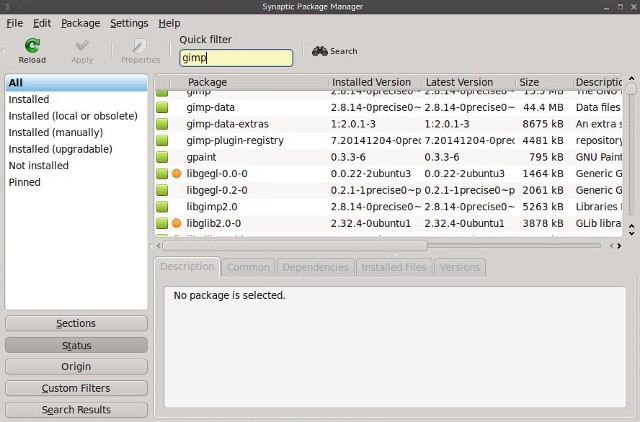 Other comparisons often mention the fact that Windows users have to find and download each installation package manually, for every application they want to install. Ubuntu is not that different, though – if an application is missing from the default repositories, you’ll have to add a new repository, or download the .deb package and install it manually. Worst case scenario, you’ll have to compile the source code, but this rarely happens on Ubuntu.

Since Windows 8.1 introduced the concept of the App Store, it’s become much closer to Ubuntu, which had the same thing for a while. Still, the fact remains – Ubuntu offers more software out-of-the-box, including a full-fledged office suite and a torrent client. While Windows 8.1 has many apps in the Store, it’s unlikely to ever let you just install Microsoft Office or Photoshop for free. Of course, there’s the free Online Office version, but it’s not as powerful.

Two things surprised me, and not in a good way, when I tried Windows 8.1. First, File Explorer didn’t have tabs! This is incredible to me, because even the simplest, most lightweight file managers for Linux support tabs. Second, the text editor (Notepad) is very limited compared to gedit that ships as default on Ubuntu. Gedit supports syntax highlighting, plugins, and guess what – tabs. Yes, you can install any other text editor from the Windows Store, but if we focus on just the basic software and functions, Ubuntu gets a point.

And the verdict is…?

For a user like me, Linux is a reasonable choice, because I want to tweak every little detail of my system. Another important factor is the price – I cannot afford a licensed Windows product, and Linux is free.

My impression after a short session with Windows 8.1 is that it feels very oriented towards touchscreen devices, almost like it’s trying to make the traditional desktop (and its users) a part of history. People who own such devices are obviously its target audience. The same applies to gamers and users who are not interested in maintaining their system. On the other hand, if you’re a poor writer with an old laptop who only wants to browse the Web, listen to music and finish his novel, Linux will be much lighter on your system resources – and your pocket – than Windows.

To conclude, there’s an OS for every type of user. Sometimes it happens to be Windows, other times it’s Linux. Don’t fight with others over their choice of OS; keep an open mind and give every OS a chance, or at least try it to see what you’re (not) missing out on.

40 Essential Linux Commands You Should Know