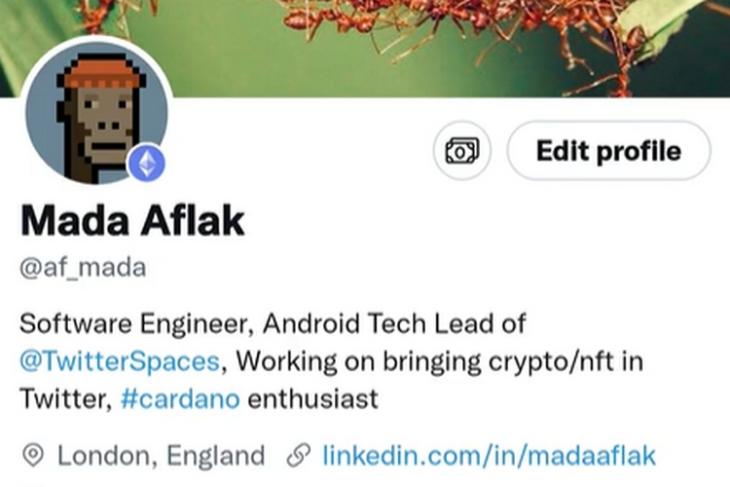 In September earlier this year, app reverse engineer Alessandro Paluzzi first spotted that Twitter is working on NFT profile pictures behind the scenes. The company has been working on this feature since then and from the looks of it, Twitter is in the final round of preparations to let users set NFTs as their display pictures.

Going by screenshots Alessandro Paluzzi shared over the past few months, NFT profile pictures on Twitter will have a hexagonal shape. To set an NFT as your avatar, you will have to connect your crypto wallet with your Twitter account. The supported crypto wallets include Coinbase, Trust, Argent, Metamask, Gnosis Safe, Crypto.com, Pillar, Opera, and ImToken.

Expanding the profile picture will show you details such as creator info, properties, collection, and technicalities of the NFT, including contract address, token ID, token standard, and the blockchain. You can check an early preview of the feature below:

Meanwhile, a sneak peek shared by Twitter’s development team this September revealed a dedicated ‘Collectible’ tab where you can browse the collection of NFTs you’ve purchased so far.

According to the onboarding screen for Twitter NFT profile pictures Paluzzi shared, the feature is coming to Android and the web soon. There’s no word on iOS availability at the moment.

The development comes at a time when popular voice chat app Discord was also planning a similar NFT integration. However, Discord faced backlash from users, following which Discord CEO Jason Citron confirmed that the company has no plans to add crypto and NFT tools to the service for now.

It will be interesting to see how Twitter users react to the upcoming NFT features. If you’re someone who has purchased NFTs, will you consider using NFT profile pictures on Twitter? Let us know in the comments.