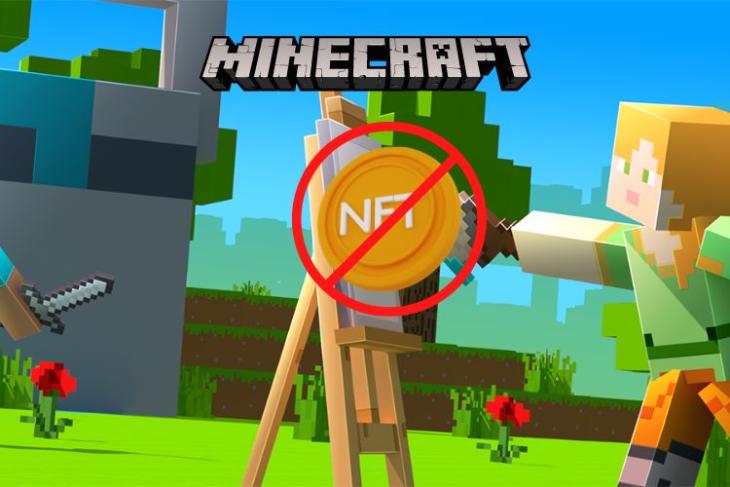 After receiving mixed reactions to the Minecraft 1.19 update, Minecraft developer, Mojang, is back with an unprecedented move. Mojang has officially announced that they are not supporting NFTs and similar blockchain products based on their game. This move reflects their upcoming usage guidelines, and it has left the community divided. Let’s take a close look at Minecraft’s ban on NFTs and what it means for you.

NFTs “Do not align” with Minecraft Values

Minecraft’s developers have claimed that “NFTs are not inclusive of all our community and create a scenario of the haves and the have-nots” in their official blog post. According to them, NFTs and other blockchain products work by creating scarcity and exclusion. Also, they pointed out that the usage of Minecraft for NFT promotes profiteering which, as per the developers, “is inconsistent with the long-term joy and success of our players.”

Once the new Minecraft usage guidelines come into action, you won’t be allowed to buy, sell or trade NFTs that use Minecraft elements. These include worlds, skins, personalization items, mods, and more Minecraft-exclusive items. You can no longer create or buy NFTs featuring Minecraft, nor can you integrate any blockchain technology with the game’s client.

How Does Minecraft’s NFT Ban Affect You?

Unless you’re an NFT artist that utilized the game for their work, Minecraft’s ban on NFTs won’t affect you. Because of that, the community has mixed reviews for this surprising move. Some want to utilize NFTs to make a living through Minecraft. Meanwhile, others want to keep the world of Minecraft away from blockchains. So, if you were planning to create a Minecraft skin to sell as an NFT, you should reconsider the plan.

But this move doesn’t only affect the Minecrat playerbase. The official statement also noted that “some companies have recently launched NFT implementations that are associated with Minecraft world files and skin packs,” which directly implies companies profiting from the work of Minecraft’s developers.

Is the Decision Permanent?

In the closing note of their statement, Minecraft’s developers have stated that they will pay “close attention” to the evolution of blockchain technology. So, we might see a comeback of Minecraft NFTs in the future. But for now, blockchain products have no place in the world of Minecraft.

Is Minecraft’s ban on NFTs a move for maintaining the quality of gameplay experience? Or is it a way to stop players from profiteering from the game? Share your views in the comments below!