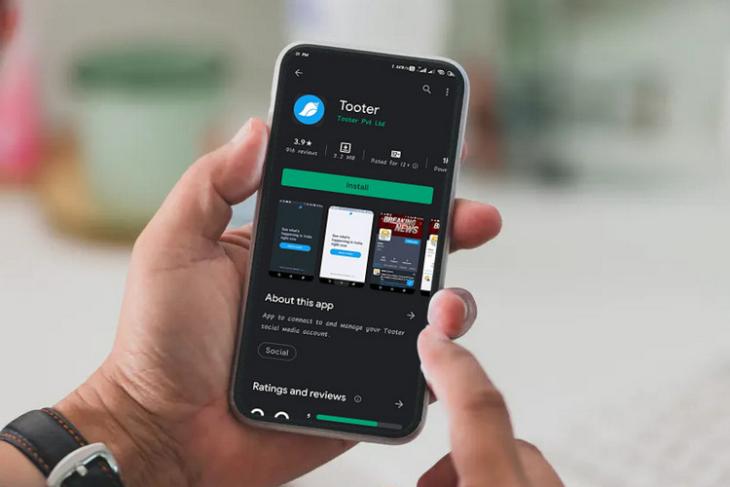 A new social media service called ‘Tooter’ has become the latest ‘Swadeshi’ (indigenous) app to be launched this year with a view towards cashing in on rising nationalistic sentiments in the country that has already seen the launch of a whole host of half-baked efforts like Chinagari, Mitron, Moj, MX TakaTak and more. Based on the US-based microblogging platform, Twitter, the new service retains the look-and-feel of its more well-established counterpart, including the blue-and-white color scheme.

It also comes with much the same functionality and mechanics of the popular micro-blogging site, including the ability to follow other accounts and read through a feed that contains posts from various accounts you follow. Individual posts on Tooter are supposed to be called ‘Toots’, and users have the option to customize groups and lists. The service is available on the web and on Android, but an iOS app is conspicuous by its absence.

According to the CEO of Tooter, the app aims to “end the digital colonization of India”. Explaining the concept further, the ‘About’ section of the app says: “We believe that India should have a Swadeshi social network. Without one we are just a digital colony of the American Twitter India Company, no different than what we were under the British East India Company. Tooter is our Swadeshi Andolan 2.0. Join us in this Andolan”.

A whole host of politicians (Narendra Modi), actors (Amitabh Bachhan) and cricketers (Virat Kohli) are seemingly already on the platform, as are the Indian Army, Navy, ISRO and other government agencies and organizations. Interestingly, Mint suggests that these people might not have actually setup accounts on the platform, with the ‘Toots’ actually lifted directly from Twitter, which would make it a less of a Twitter clone and more of a third-party Twitter app masquerading as an original social media network.