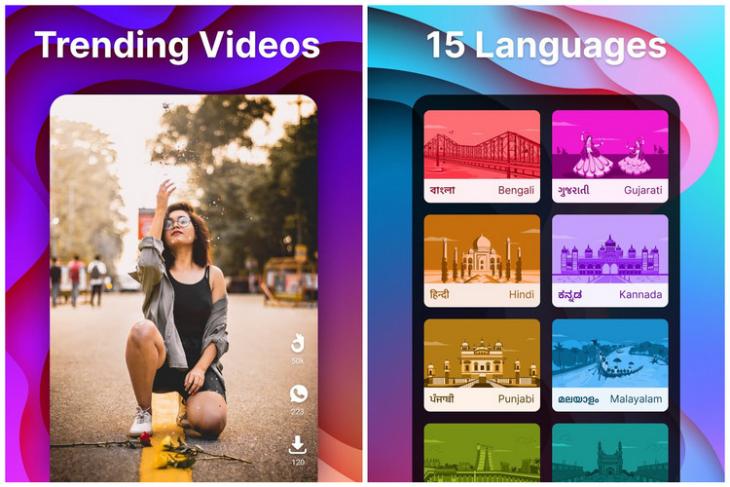 Home-grown social media platform, ShareChat, has become a viral hit following the ban on 59 popular Chinese apps in India. It has reportedly gained at least 15 million new downloads since the ban went into effect this week. Now, another app from the same developer is making a splash. Called ‘Moj‘, the new app is available for free on Google Play and, offers much the same features as TikTok. It has already garnered more than 50,000 downloads in just two days since its launch on June 30.

Described on its Play Store listing page as “India’s own short video app”, Moj is available in 15 Indian languages. However, just like Sharechat, the list of supported languages doesn’t seem to include English. The app supports 15-second video clips embellished with special effects, stickers and ‘magical emoticons’. As you’d expect from a wannabe TikTok alternative, it also supports lip-syncing.

The app further promises “Cutting-edge Magic filters” that enables users to “create exclusive Music Videos with special effects at full sync with the music’s beat”. As one would expect, the app is also highlighting its Indian roots. It is being advertised as a “Made in India app for Indian users”. Moj is not yet available on iOS, but one would expect that to happen sooner rather than later.

With TikTok becoming one of the biggest and most notable casualties of the prevailing anti-China sentiments in India, several new apps are jostling for positions to take over the mantle of India’s most popular short-format video app. Most of those, like Mitron and Chinagari, have faced controversies regarding their data-security and privacy policies. One would hope that an established developer like ShareChat would take the necessary precautions to avoid any unwanted attention.