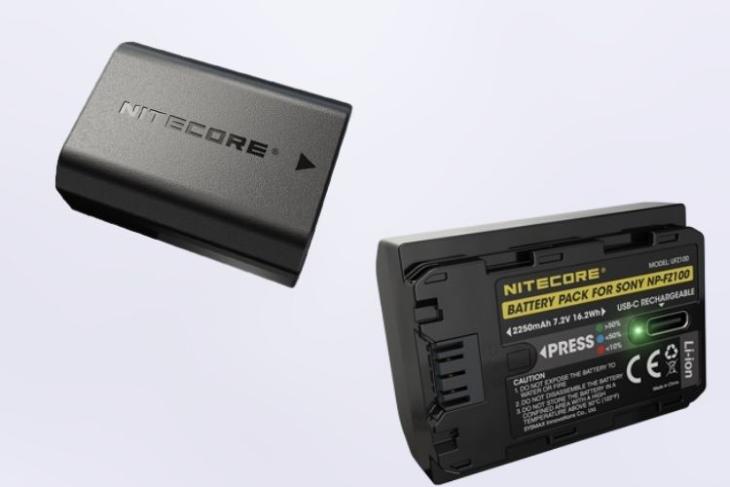 If you are a casual or a professional photographer using one of Sony’s digital or DSLR cameras, I’m sure you know the pain of carrying the proprietary charging adapter to top off the NP-FZ100 battery that powers most of the company’s cameras. However, Nitecore is a company that aims to help you get rid of Sony’s charger for good with its new UFZ100 rechargeable battery for Sony cameras that features a built-in USB-C charging port. Check out the details below.

Nitecore recently announced a new rechargeable battery pack for Sony cameras, ranging from the Sony A7 III to the A9 series, which comes with a built-in USB-C port. Yes, you read that right! The Nitecore UFZ100 is essentially a replacement for Sony’s NP-FZ100 battery pack that powers its cameras, including the Sony A7 III, A7R III, A9 II, A6600, FX3, and more.

The NP-FZ100 battery comes with a capacity of 2,280mAh, you will need to recharge it with its proprietary charging adapter if you are a hardcore photographer. However, with Niteocore’s UFZ100, you can take it out of your camera and recharge it using a USB-C cable. So, you would no more need to carry Sony’s bulky proprietary charger in your bag to recharge your camera battery. The UFZ100 comes with a capacity of 2,250mAh, which is slightly less than the Sony NP-FZ100.

The company has also included an LED indicator to help users easily check the battery levels. Users can press a button, which is right beside the USB-C port, to check the LED indicator.

Other than these, the UFZ100 comes with a built-in power balance circuit and multiple safety features like overcharge protection, overvoltage protection, short circuit protection, and more. Plus, it is compatible with all Sony cameras that support the NP-FZ100 battery pack. The battery percentage is displayed on the monitors of the cameras.

Now, it is worth mentioning that the idea of recharging a camera battery pack with a USB-C cable is pretty cool, Nitecore’s offering might under-perform when compared to Sony’s NP-FZ100 battery pack. While Sony says that its battery takes only 2.5 hours to fully charge, the UFZ100 takes four whole hours to fully top off.

This is a significant difference between the two, but the price of the UFZ100 could make an impact in canceling out the difference. If it is offered at a lesser price than Sony’s $78 NP-FZ100, it would be an attractive product in the market for photographers.

The company has not shared any detail about the price or availability of the product, though. Currently, you can check it out on Nitecore’s official website. What do you think about it? Let us know in the comments below.