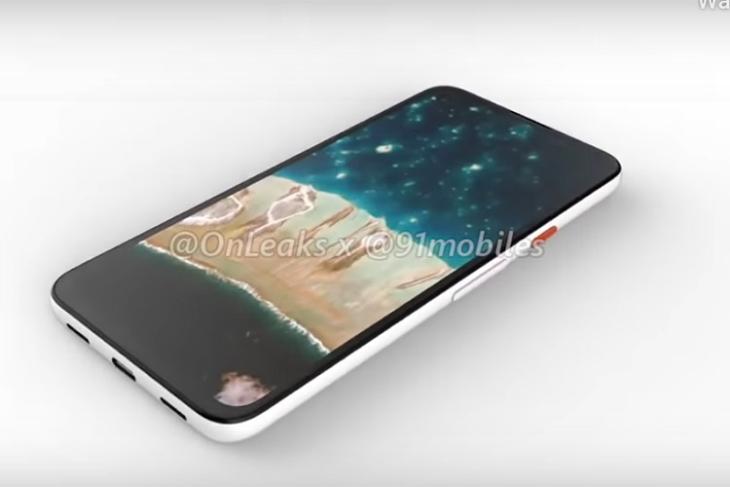 Google’s upcoming Pixel 4a lineup may consist of just a single device this year if a new rumor is anything to go by. According to YouTuber, David Lee, the Pixel 4a may not have an ‘XL’ model this time round, largely because last year’s Pixel 3a XL failed to get the cash registers jingling for Google. The decision to scrap the Pixel 4a XL was apparently taken after the standard Pixel 3a outsold the 3a XL by a significant margin, in spite of their relatively minor $80 price difference in the US.

Do note that Lee doesn’t mention the source of this info in his video, so it needs to be taken with a rather generous sprinkling of salt at this stage. If the rumor does turn out to be correct, though, the 4a will be the first Pixel smartphone to ship in just a single size.

Expected to be launched later this year, the Pixel 4a is said to feature a 5.87-inch or 5.8-inch display with a punch-hole housing for the selfie-cam. Renders posted last week by tipster extraordinaire, @OnLeaks, shows only a single image sensor housed within a square layout at the back, although, Google reportedly plans to add more sensors to the module in the coming days. The device is also expected to feature a 3.5mm audio socket and a physical fingerprint scanner on the back, which is just as well, given the controversies surrounding the Pixel 4’s face unlock feature.

In terms of its overall look and feel, the Pixel 4a is expected to resemble the Pixel 4, thanks largely to the rounded edges and an orange Power button on the right. The processor and other key tech specs remain a mystery, but it will be interesting to see if it will be powered by the Snapdragon 765 platform which might mean it will offer 5G connectivity, at least, in some markets.