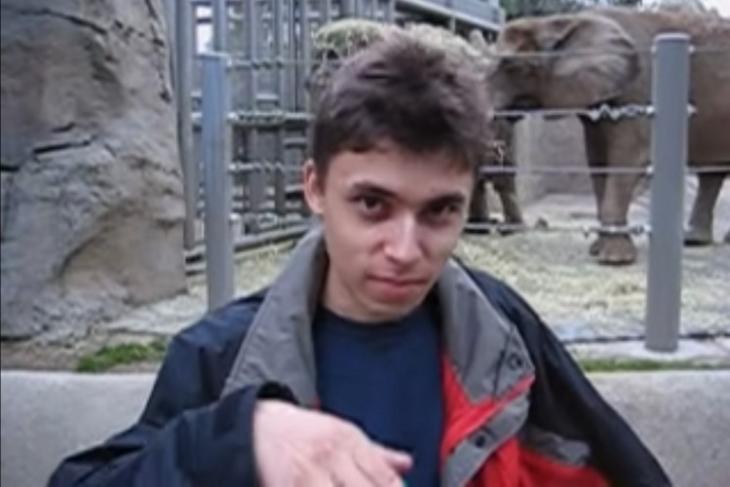 Fifteen years ago, on Valentines’ Day of 2005, the domain name “www.youtube.com” went live. The following months saw developments of the website and the first-ever video on the platform was posted on April 23, 2005. The YouTuber who shared the video was none other than one of the founding members, Jawed Karim.

The YouTube that we know now is a massive video streaming platform with innumerable audience members. However, it is fascinating to see from where the platform started its journey. So, in this article, I want to talk about the very first video that was uploaded on the platform, and surprisingly, it still exists.

So, the 240p, grainy video, titled “Me at the zoo”, shows a 25-year-old Jawed Karim, one of the founders of YouTube, standing in front of a group of elephants at the San Diego Zoo. The 18-second video went live on April 23, 2005, and it is still there with over 96 million views and 3.2 million likes.

In the video, Karim tells us about a rather basic fact about elephants and I found it quite funny, to be honest. He starts by saying, “All right, so here we are in front of the elephants,” and then went on to stammer his way to tell us that elephants have “really, really, really long trunks, and that’s, that’s cool”. He then ends the video by saying, “And that’s pretty much all there is to say”. You can check out the video down below.

Watching this video made me realize how far YouTube has come from that point. Not long after its public launch, the platform was acquired by Google for a whopping $1.65 billion. It was the largest acquisition by Google at that time and the company did not regret taking the video-platform under its wing.

Now, YouTube makes as much as $15 billion in revenues, has a dedicated music streaming platform, and produces original content. So, what started as a small-time video platform, has now become the video-streaming behemoth that we know as YouTube.