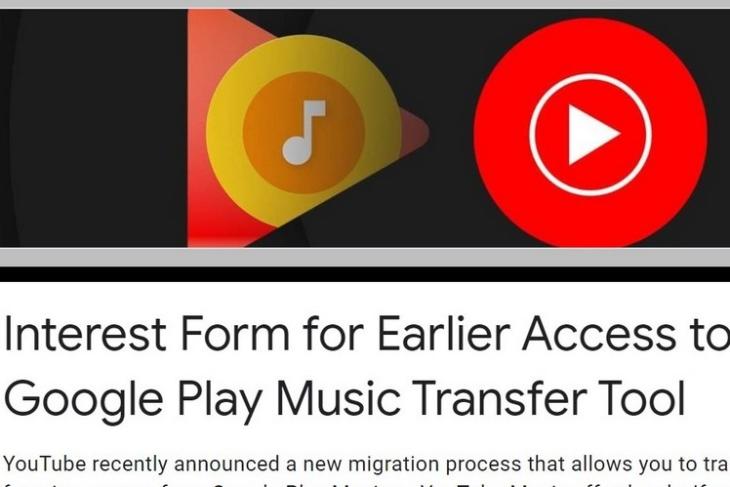 Google has been focusing on YouTube Music for quite some time now. The company has been upgrading the music platform, YouTube Music, by adding features like a redesigned “now playing” screen, lyrics support for Android and iOS devices, and the addition of the “Subscription” tab. Recently, Google announced a new transfer tool that will let users transfer all the music in their Play Music library directly to the YouTube Music library. Now, the Mountain View tech giant is giving early access to the transfer tool to selected users.

Google announced earlier that the transfer tool will be rolling out for Android users gradually. This transfer tool will let users transfer all their Play Music content to the YouTube Music library in a single tap. Moreover, if you have a large library of songs to transfer, the tool will run in the background until the process completes and will also send you an email after it’s done.

Although according to Google, the tool will be available to a few users as of now, many users haven’t got their hands on the tool. So, now, the company is taking requests from users to give them an early access pass for using the transfer tool.

You can now fill out a form by giving your email address (to which your Play Music library is connected) and your country and submit it to get a chance to use the transfer tool earlier than other users. However, filling out the form does not guarantee that you will get access. If you do, you will get a corresponding notification in your Play Music or YouTube Music app, as well as your email.