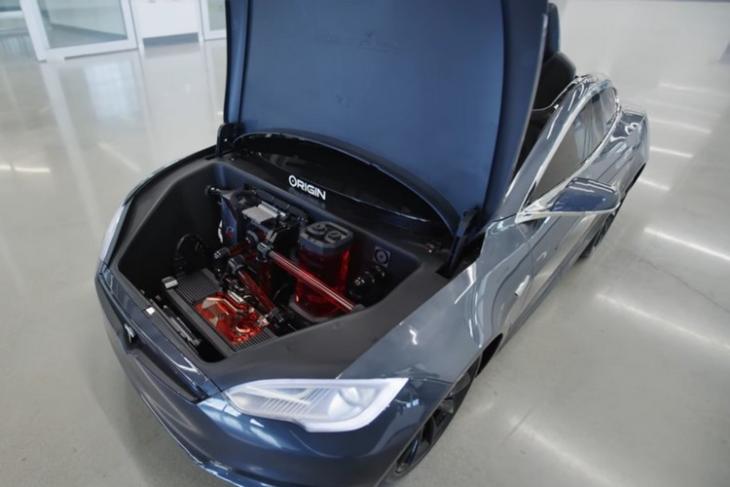 Featured in one of the most popular tech channels on YouTube, MKBHD, this is a custom-made gaming PC inside a drivable Tesla Model S which is made for kids.

The Tesla Model S for kids is an actual $599 product made by a company named Radio Flyer. It is an exact replica of the real Model S and kids can drive it in the front porch or in the hallway. The car has the exact details of the real deal, just that the driver seat is on top of the car. Apart from that, the car has fully working headlights, a honking horn and also there is a space under the hood of the car, just like the real one. You can check out the car on the official website of Radio Flyer. 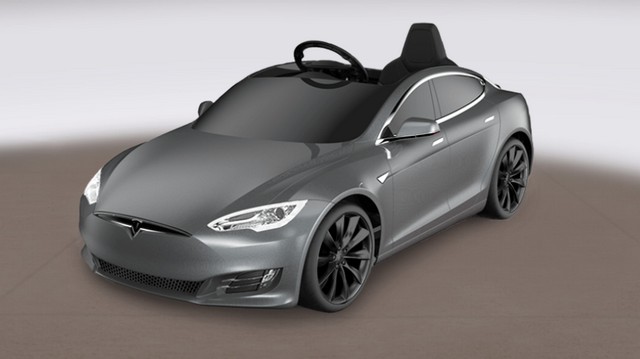 Now, after custom PC-makers, Origin PC came across this car and found out the space it has under the front hood, they built a high-speed custom gaming PC inside that space because they could!

Well, the result was a liquid-cooled, high powered custom gaming beast under the front hood of a kids’ version of a Tesla Model S. I don’t know what to feel about it, but I so want this machine!

Now, coming to the PC, it packs the Ryzen 3900X as its CPU and an NVIDIA GeForce RTX 2080 Ti Founder’s Edition as its GPU. It comes with two 16GB CORSAIR RGB RAM sticks with 2TB of HDD storage. Wait, there’s more! To improve the thermal performance of the machine, Origin included a liquid cooling reservoir inside the car, that looks pretty insane!

Also, Origin did a great job in managing all the cables by carefully tugging them in well-found spaces. Obviously, when you’re making a custom PC inside a confined space, you need absolutely prioritise cable management. So, Origin went one step ahead by surgically installing the liquid-cooling tubes behind the front wheels of the car.

Apart from these crazy specs and features, another cool feature of the PC/vehicle is that Origin still included an I/O board on the dashboard of the car. This includes some USB ports, an HDMI port and also a headphone and a microphone jack.

So, this is the first of its kind custom gaming PC that comes under the hood of a kids’ toy and is drivable. You can check out Marques’ video on his channel. Also, let us know about your thoughts on the fastest gaming PC, both metaphorically and physically, down in the comments.