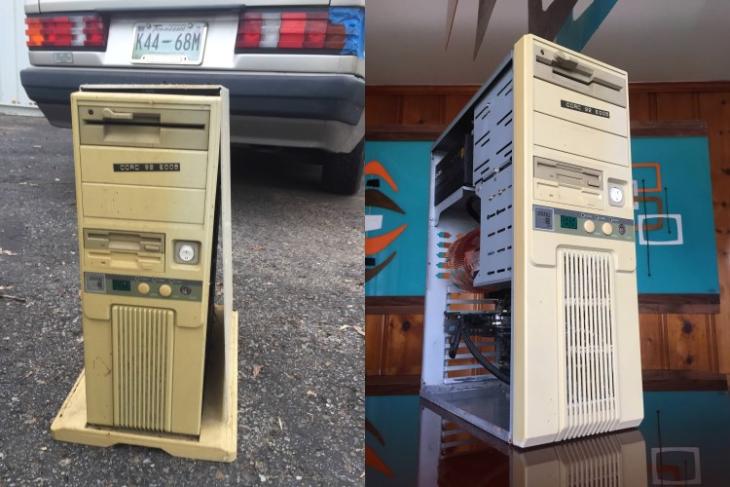 Where does an old 386 DOS PC case belong in today’s world? The garbage bin, one might presume. But what if I told you that there is someone who thinks otherwise?

Reddittor Tylinol recently shared his gaming PC setup, that he build inside an old 386 computer cabinet. The self-proclaimed “beige-aholic”, he wanted to try something different with his latest PC build, and so he put a relatively modern gaming PC inside the yellowing old case. 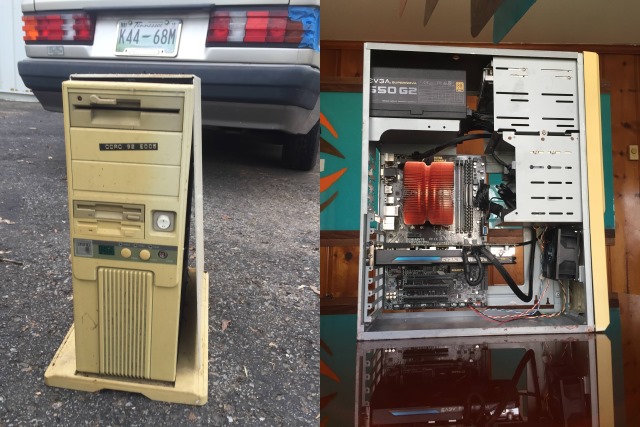 He explains how he got the case from an old man a few years back. “Someone who wants this old computer walks by just as I’m throwing it out?”, he remembers the man saying. “That’s serendipity for you!”. Tylinol has since then kept the old 386 around, playing old DOS games on it until the 2010 Nashville floods destroyed the components.

Tylinol, however, couldn’t part with his beloved device and decided to install some new gaming hardware into the system. Obviously, the cabinet has rusted a lot, so the first step involved cleaning the entire case with Naval Jelly and sandpaper. He also put some work into removing the old, artificial processing speed LED, which he then replaced it with an accurate CPU temp readout.

For those of you interested in the specs, the “Serendipity PC” sports an i5-6500, GTX 970, 8GB DDR4 RAM and an SSD. Just to give you an idea of the massive upgrade, Tylinol states that “the LED on the front of the case now has more processing power inside it than the original 386 PC itself.”

We at Beebom found it a pretty interesting project for all those nostalgia lovers. In fact, I’m actually considering something along similar lines for our next DIY video. But what do you think of it? Share with us your thoughts about the project in the comments below.