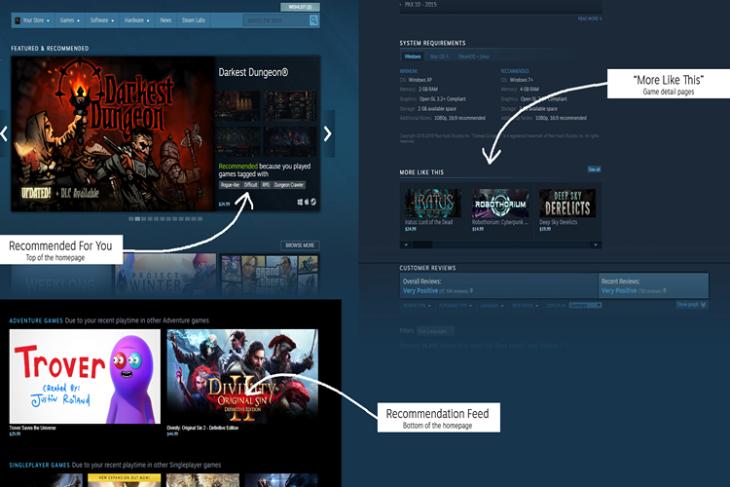 Valve announced an update for Steam earlier this week that will help people discover games they might actually like instead of being shown the top titles every time they are interested to try out a new game.

By this change, the “More Like This” and “Recommended for You” sections in the recommendations feed will become more diverse and relevant to the gamer based on the kind of games he/she buys and plays from the platform.

“Previously, when customers would look for games by browsing the recommendation feed at the bottom of the homepage or the “More Like This” sections, they weren’t seeing as many different games as we would’ve liked. Furthermore, we were receiving lots of feedback that “Recommended for You,” felt too biased towards only the most popular games and didn’t feel very personalized.”, wrote Valve in a blog post.

As it turns out, there was a bug in the “Similar by Tags” section of the recommendation feed leading to the current situation that shows top-rated games a little too much to the gamers. Valve claims to have fixed that and also expanded the timescale used to determine the popularity of games. 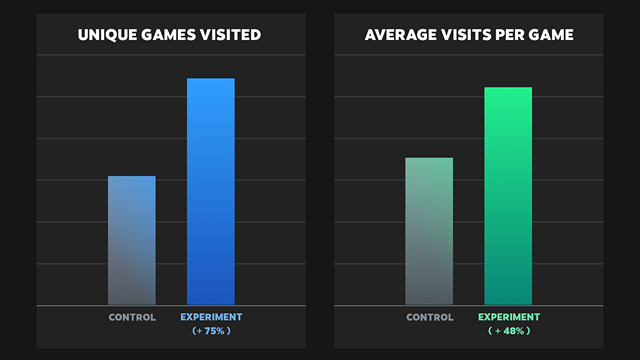 The increase in hits was just not limited to the views. “Store areas driven by Tags, such as “More Like This,” saw increases in purchase and wishlisting across a broader set of games.” mentions the blog post.