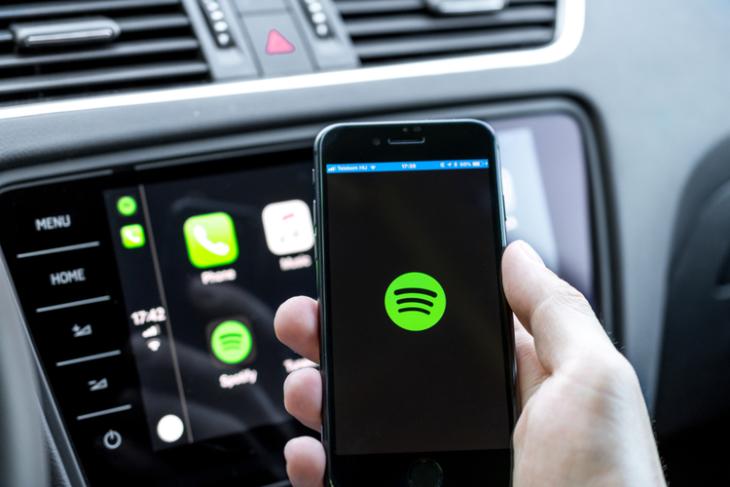 Being one of the most popular music streaming platforms in the market, Spotify often adds new features and changes to its apps to make them more fun and integrated. Now, according to the popular reverse app engineer who also spotted the web player interface in Spotify’s desktop app, Jane Manchun Wong, Spotify is working on a new home screen UI for “Car Mode”.

According to a recent tweet by the engineer, the Sweden-based music streaming firm has mentions and elements of a new “Car Mode Homepage”. This includes larger grids of the recommended playlist icons and a banner prompting users to use Spotify via Google Assistant.

Along with this new home screen UI, Spotify is also working on a new UI for its media player in “Car Mode”. The new player includes more options than the current generation player. For instance, unlike the current player, the new one includes a shuffle button.

Spotify is working on a new player UI for Car Mode pic.twitter.com/8Fy4bvud8J

Apart from the above features, Wong found a few other ones which make their way to the platform soon. One of these features will let Spotify free users stream music completely offline for 30 minutes every day.

According to reports, there was a screenshot showcasing the feature that read: “listen without internet for 30 minutes every day. No mobile data or Wi-Fi required”.

One last thing Wong revealed is about a new like button for the Spotify player. As per the reverse engineer, the company might soon add a new fun animation to the like button of the player to make it more interactive.

So, these are the features that Spotify might bring to its platform to compete with the competitors and try to convince the free users to get the premium membership.