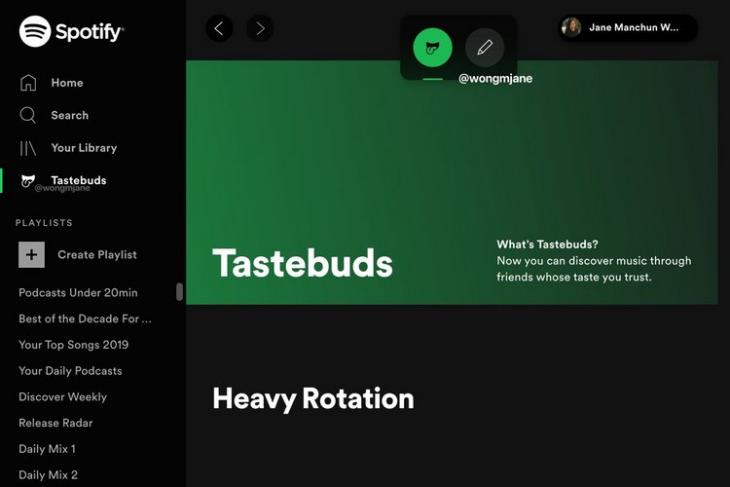 Spotify is reportedly testing a new social feature that will allow users to discover new music based on what their friends are listening to. Called Tastebuds, the feature is believed to have been originally discovered by renowned software reverse engineer, Jane Manchun Wong, who says she found multiple references to Tastebuds within the apps’s codebase which suggests that it would enable users to “discover music through friends whose taste you trust”.

According to Wong, the feature can be accessed from both the Home/Browse sections on the Spotify app, as well as the Library tab. Users clicking on the pen icon will not only be able to search through the music preferences of folks they follow, but will also be able to add any song from those lists to their own library.

Spotify is working on Tastebuds, letting users discover music through their friends pic.twitter.com/uqUXmRvEKo

According to TechCrunch, a non-functional landing page for the feature could be accessed for some time on the official Spotify website, but the company seems to have since taken it down, as the link now redirects to the Spotify home page. There’s not a whole lot more info about the feature as of now, but we’ll hopefully hear more sooner rather than later.

Interestingly, there was apparently once a music-based dating app called Tastebuds that was supported by Spotify, but the company has reportedly clarified that its upcoming feature is not associated with the now-defunct app. However, it does raise the question as to whether the company might be required to rename the feature before release to avoid copyright-related hassles.

Spotify confirms that it’s “always testing” things like Tastebuds, but it has no relation to the music dating startup of the same name pic.twitter.com/M5yGlhMbad

Even without Tastebuds, users can already post links to Spotify tracks on various social media platforms, including Instagram and Snapchat Stories, but the new built-in social feature will make it easier for users to organically discover music based on the preferences of their friends and family, even without anybody sending them any links.