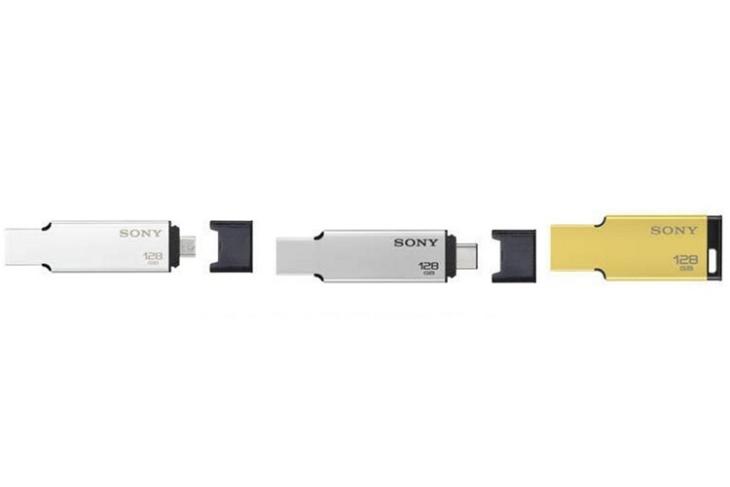 Sony has launched three new series of USB Flash Drives in India. The devices – USM-BA2, USM-CA2 and USM-MX3 – are compliant with the SuperSpeed 3.1 Gen 1 standard, and are meant to facilitate blazing-fast data transfers on PCs and compatible devices.

All three come in a sleek metallic body with anti-corrosive properties. The devices have been launched as ‘Make in India’ products and are available in 16GB, 32GB, 64GB and 128GB capacities. Pricing starts at Rs. 850 for the 16GB MX3 model, and goes up to Rs. 9,210 for the 128GB CA2 unit.

With the latest USB drives, Sony is highlighting not just their design flair and durability, but also their practicality when it comes to day-to-day usage. According to the company, its latest USB drives are not only four times faster than standard USB 2.0 devices, but their compact build also makes them ideal for use in tight spaces, providing easy access to adjacent ports in a computer, television or set-top box.

Looking at the USM-MX3 series, these are tiny and handy USB Flash Drives with matte-finished parts for enhanced grip. These devices are also equipped with lanyard hole and matte plastic grip for convenient carrying, says Sony.

As for the USM-BA2 series and USM-CA2 series, the company describes them as ‘on-the-go USB Flash Drives’ that caters to data transfer between multiple devices. Both support dual-port bridges, but while the USM-BA2 series supports Micro USB and USB Type-A ports for legacy devices, the USM-CA2 is equipped with USB Type-C and A ports for newer devices.