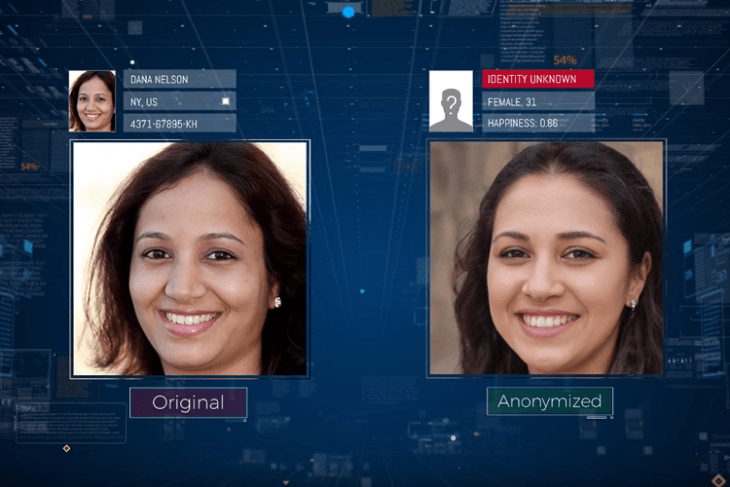 One of the major problems faced by companies for efficiently commercializing facial recognition technology is that the input data contains personal information that could reveal a person’s identity. To get around this problem, an Israeli company has developed new software that will anonymize people using computer-generated faces.

D-ID is the company behind this project and it got founded by the former members of the Israeli Defense Forces. Their anonymization solution works by replacing the faces of people in the original scene by AI-generated photorealistic faces of people who don’t exist.

This way, facial recognition techniques won’t be able to track or find personal information about a particular person. “The way our technology works is that we remove the facial image without processing or profiling the individual, replacing it with an A.I.-generated image of a nonexistent person that actually looks like the same person to the human eye,” says Gil Perry, co-founder, and CEO of D-ID.

The company claims that its technology is superior to other techniques employed for anonymizing people in images or videos, usually encryption and pixelation. D-ID’s smart anonymization is currently being used in leading Fortune 500 companies and organizations worldwide, according to a Digital Trends report. They say the software could be used in use-cases like in-car driver monitoring.

People at D-ID are aware of how facial recognition technology is being used in social media networks for automatically identifying people which led to the development of D-ID. For instance, Facebook has a feature that will automatically detect and notify if someone has uploaded a photo with you. While being handy, this is a feature that people who value privacy are not a fan of.

Check out the video below and let us know your thoughts on this smart anonymization approach in the comments.