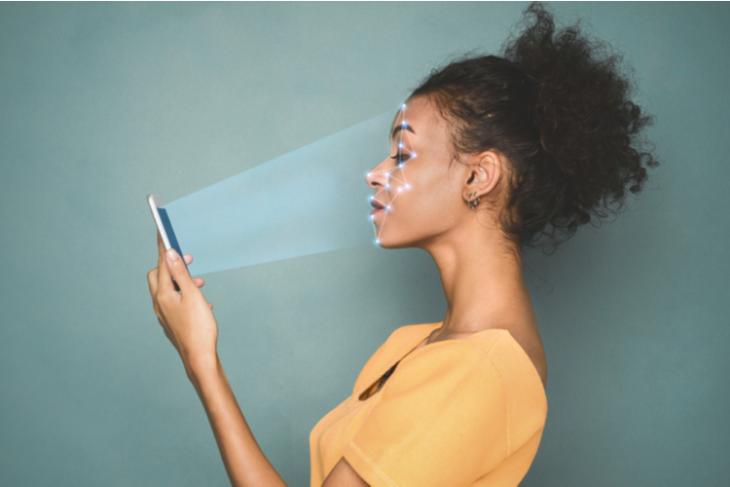 In 2017, Apple introduced the FaceID with their iPhone X that could unlock the smartphone via 3D scan of the face. Although the system could differentiate between a picture and a real face, it could not tell if the face was of a real person or a well-modelled 3D mask. Well, that could change in the coming year as a new camera tech will enable smartphone cameras to identify different object materials including the live skin of a human.

Trinamix, a subsidiary of the second-largest chemical manufacturer – BASF SE, has developed a new algorithm that uses existing infrared technology and dot projectors to detect and identify the type of material an object is made of.

The founder and CEO of the company, Ingmar Bruder had plans to demo the tech in the now-cancelled MWC 2020. However, in a demo shown by the CEO to a CNET reporter, the prototype app of the tech was able to differentiate a rubber face mask from a real face. It also was able to identify different material by comparing two similar-looking blocks – one made from plastic and the other made from wood.

Now, the tech is able to identify and detect different materials by identifying the deflected light from the infrared sensors and the dot projectors individually. This means it individually measures the distance of each backscatter of the dots projected from the object. The existing facial scanning systems work differently as they are programmed to detect for any anomalies in the overall dot patterns.

Trinamix is already working with chipmaker, Qualcomm to integrate the new algorithm in their upcoming mobile chipsets. This will enable future 3D face-scanning smartphones to implement this new tech. This way the phones would be able to provide an extra layer of protection while unlocking. Apart from implementing the tech in smartphones, the company says that as the algorithm will be able to identify materials like clothes, metals, wood and plastic, it can be implemented in cars and robots also.

It is really fascinating to see how far we have come in developing technology. Now, the cameras in our smartphones can not only identify our faces but can also identify our live skin! Personally, I sometimes feel that we are already living in the future.