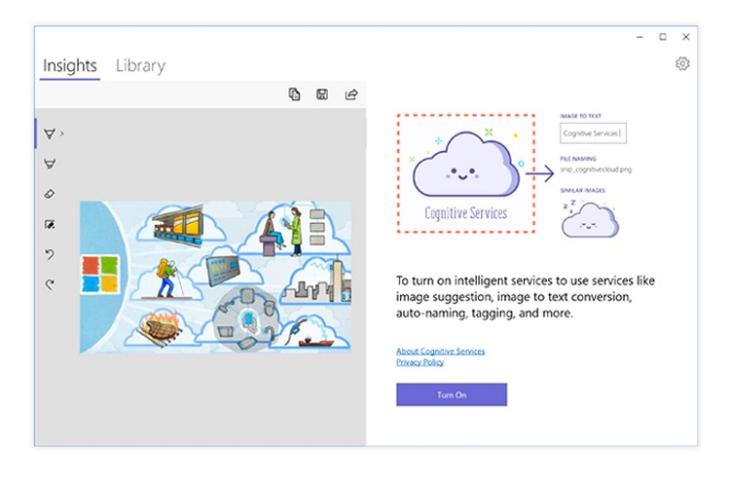 Microsoft’s Project Garage has rolled out a new open-source tool called ‘Snip Insights’ that’s said to be partly based on the now-deprecated Windows Snipping Tool, and feels eerily similar to Google Lens, which just gained a ton of new features as announced at Google I/O 2018.

Snip Insights is an open-source software that’s being hosted on Github. According to an official blog post, the new tool allows Windows users to get intelligent insights and information using screenshots taken on Windows 10 devices. For instance, the software allows you to take a screenshot of a product, and find out where they can buy it.

The company also says that the software is capable of pulling text from images of documents, receipts, books and billboards by using the company’s Cloud AI services that can convert images of text documents into actual editable text. Snip Insights can also identify famous people, places and landmarks, and display relevant information based on the image. The technology that powers the software draws from Azure Cognitive Services.

“At Microsoft Vancouver, the curiosities of 7 interns were piqued by a pitch from the Cloud AI team. The intern team, composed of 5 developers, 1 designer, and 1 program manager, was challenged to re-imagine widely used tools that millions of users love through the capabilities of AI. Thus, Snip Insights was born”

Of course, Microsoft’s Build 2018 developer conference, as expected, was filled with several announcements about AI, machine learning and Azure. Snip Insights is just one of the examples of what Microsoft’s Cognitive Services can do, and we should expect more such announcements in the coming days, as the the company focuses more on new-age technologies going forward.

‘Your Phone’ For Windows 10 Brings All Your Android and iOS Photos, Notifications, Messages to the PC

What to Expect at Microsoft Build 2018: The Future of Windows 10, Cortana, Mixed Reality, Xbox and More!