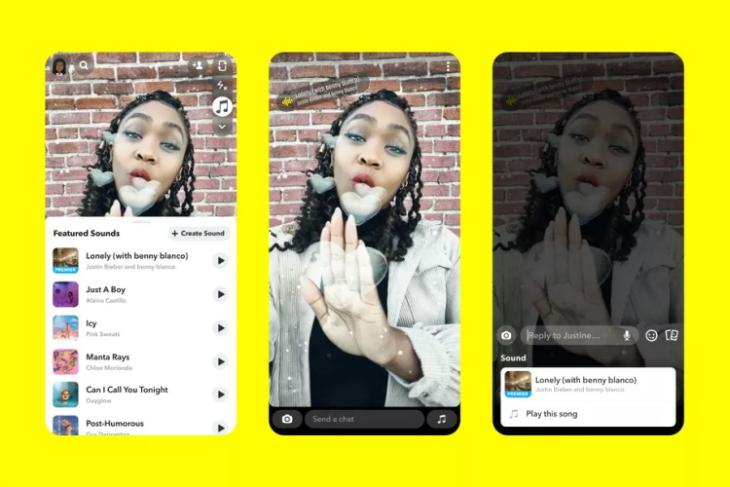 Rejoice, Snapchat users! Your favorite social media app now finally has the option to add music to Stories. This feature was first tested in New Zealand and Australia over the past coupled of months before being rolled out globally. It is the latest weapon in Snapchat’s arsenal against its arch-rivals, TikTok and Instagram.

How to Add Music to Snapchat Stories?

While this is a much-awaited feature and will help users perk up their stories, there’s a major catch. This feature is only available to iOS users across the globe at the moment. There is no word on when Snapchat will bring the same to Android users.

Now that I have delivered the sad news, let me speak to iOS users who will actually be able to make use of this feature. If you want to add music or sounds to your Snapchat stories, then follow the steps below:

1. Open Snapchat and you will see a new ‘musical note’ icon at the top right.

2. Tap the ‘musical note’ icon to see a list of suggested songs pop-up. You can then listen to and pick the song of your choice. Now, hit the ‘Next’ button at the bottom and the app will let you select the part of the track that you like. 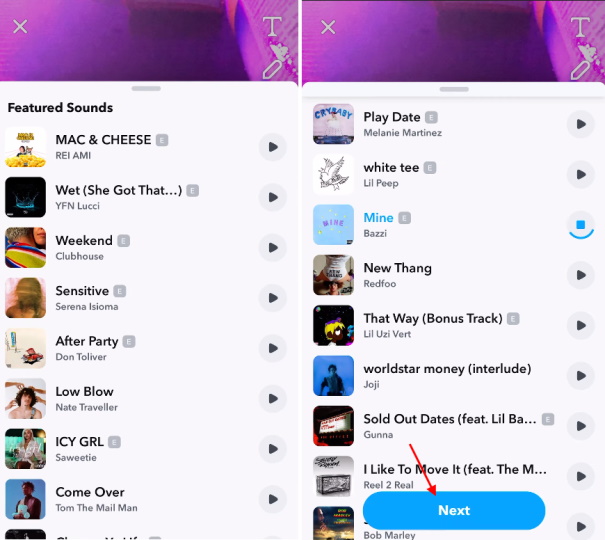 3. And voila, you have now added music to your Snapchat Story. Go ahead and click a picture or record a video to share the same with your friends.

Now, if your friend uploads a Snapchat Story with sounds, then you will see a music sticker with the song’s name and artist in that story itself. You can swipe up to view more details such as the album art, and hit the ‘Play this song’ button to listen to it via third-party streaming apps like Spotify, Apple Music, and more.

Android users, well, you can still rely on Spotify music stickers to let friends know of your great music tastes, mood, and simply, recommend any new songs you come across while scrolling through Discover Weekly.

Also, Snapchat users are already furious over how this feature has been implemented. The app has a limited song selection and does not let you simply pick the song of your choice. It presents a list of suggested songs, that’s all. It is disappointing to see the lack of a search option for the song library.

So you can add music to your snaps now on @Snapchat. So when are we gonna get the feature to add ANY song we want? I don’t wanna pick from the small list that’s provided.

Snapchat tested the feature for two months and didn’t receive this feedback. That’s a bit unbelievable but let’s hope it can implement the search feature in a future update. Also, you cannot upload your own sounds or music – a popular feature in TikTok, but Snapchat aims to start testing and roll out something similar very soon.

The company is not talking about the size of the music catalog and seeing this whole not-so-impressive implementation makes me skeptical of its success. Snapchat also doesn’t want to TikTok or Reels. It does not have a dedicated pane for viewing/ liking content uploaded by random users.