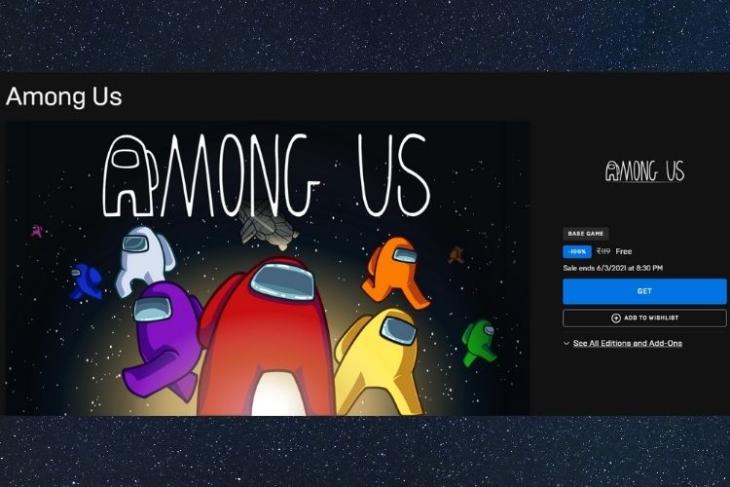 Now, if you are unaware, Epic Games kicked off its Mega Sale on the Epic Games Store from 20th May. The sale will continue till June 17, and during this period, Epic will offer various discounts on hit titles, coupons (equivalent to $10 or Rs 750), and more. It will even offer more paid games for free in the coming weeks. You can check out the promo video for Epic Games’ Mega Sale right below.

Coming to Among Us, the title developed by Innersloth became a massive hit last year due to the social aspect of the game. In the game, you have to work with your “crewmates” to finish tasks on an airship-based, indoor map and find the “imposter” who is trying to kill the crewmates. As a result, players have to carry out in-game discussions, either via text chat or voice chat, with other teammates to find the one who is an “imposter”.

This social discussion aspect of the game made it pretty popular amongst gamers during the lockdown periods last year. In fact, the popularity of the game boosted the downloads of other apps such as Discord, which the players used for in-game communications. You can find the best Discord servers for Among Us right here.

So, if you are a fan of the title, you can head to the Epic Games Store right now to grab it for free. It will be available for free until June 3. After that, Epic will put another mystery title in the free category for the next week.