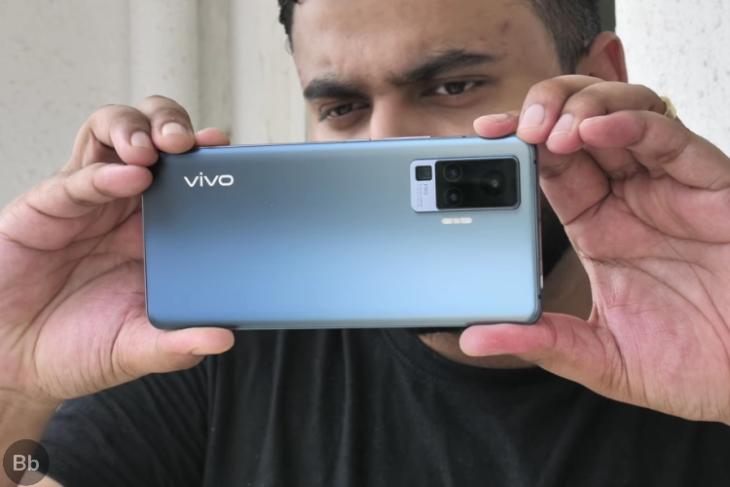 A couple of days after it was announced by Qualcomm as its next flagship mobile processor, the Snapdragon 888 is seemingly popping up on benchmarking websites, possibly giving us an idea about what to expect from it next year. Xiaomi, Realme, Oppo, Meizu, Nubia and a whole host of other brands have already confirmed plans to launch flagship smartphones with the newly-announced chipset next year, and the new leak now suggests that Vivo will also be part of that group.

As per the Geekbench listing, the ‘Vivo V2056A‘ will come with the ‘Lahaina’ SoC, which is Qualcomm’s internal codename for the Snapdragon 888 and is expected to power the tentatively-named Galaxy S21. The listing also reveals that the device will ship with 12GB of RAM and run Android 11 out-of-the-box. In terms of benchmark scores, the device notched up 1,135 points in single-core tests and 3,681 in the multi-core index, showing decent performance gains over devices running the Snapdragon 865. 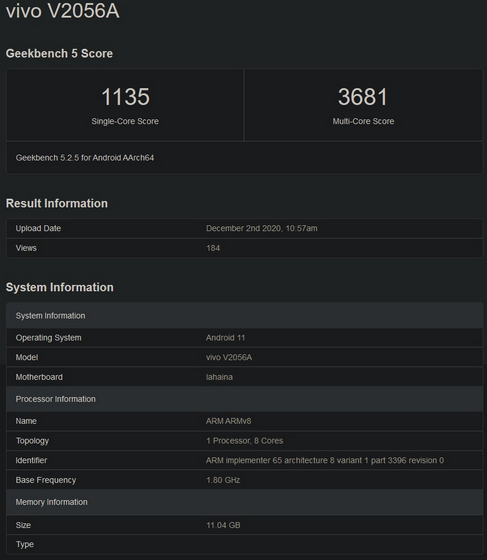 Do note that it’s easy to fake Geekbench listings, so take the aforementioned results with a grain of salt until we get more definitive leaks. Even if the listing does turn out to be legit, Geekbench only tests the CPU and not the GPU, which is where the 888 is said to have made the greatest strides.

According to Qualcomm, the Snapdragon 888 brings the “most significant upgrade in Qualcomm Adreno GPU performance”, although, the company didn’t offer us any benchmark figures that would help us compare it with its predecessor. That said, it is certainly a bold claim, so it will be interesting to see how that translates into real-life performance.