The first episode of Shane Dawson’s eight-part documentary series, “The Mind of Jake Paul,” dropped yesterday, and it is probably the hottest video on the platform right now. The video garnered over 10 million views in less than 24 hours. But why are people watching this video? Why is it being shared and written about on media?

Well, that’s because this series is about Jake Paul. Yes, one half of the Paul brothers who are arguably the most notorious YouTubers out there. Also, the series is coming from Dawson, who is known for his well-researched and detailed exposé documentaries. His last one on beauty guru Jeffree Star was a smash hit on YouTube.

Is Jake Paul a Sociopath?

In “The Mind of Jake Paul,” it appears as though Dawson is looking to find out if Jake is a sociopath. In fact, Dawson talks about it multiple times in the episode, and it seems to be the primary objective of this series on Jake. Dawson wants to find out (and eventually tell all of us) if Jake is really the guy who we see on YouTube, or is the real Jake Paul hiding behind a mask?

Although we don’t have an answer for that in the first episode, we did find out a couple of things about Jake and the “Team 10” house. Team 10, in case you don’t know, is Jake’s social media incubator and management company. Jake does make Team 10 look like a group of very good friends, but it really is a company at its core. And apparently, the people, who you see chilling with Jake in his videos, have all paid a fee to Jake in order to be there in the house and in his videos.

The reason why I bring up Team 10 house, is because Jake often springs unpleasant pranks on Team 10 house members just to create funny content. I have seen him throwing a bucket of cold water on someone; I’ve seen him setting someone’s car on fire; I’ve even seen him breaking a windshield of a brand new Ferrari. It may be fun and game, but it’s no surprise he’s being labelled a sociopath for paying people to let him do this.

Everything is for Views

But the part where Dawson has a conversation with another YouTuber iNabber in the premiere is what triggered a more serious epiphany in my mind. The prank culture that seems built just to get millions of views, and it may be getting out of hand.

If you think about it, it’s not just Jake who is doing crazy things in his videos. His brother Logan Paul, who was crushed by everyone earlier this year for filming a dead body in Japan, does the same. And then there are countless other YouTube creators like David Dobrik, etc. who regularly post “Vlogs” in which they are found doing something really dangerous activities like jumping out of a moving car, setting things on fire using a flamethrower, etc.

Honestly, this kind of content seems to be very popular on YouTube. People want to watch others doing some reckless stuff and that’s why such creators seem to be dominating the platforms with millions of subscribers and views. And let’s be real, it is all about the views and the revenue at the end of the day.

Dawson too is putting in the effort to get views. His previous documentary on Star amassed over 60 million views. The videos were sponsored by a third-party, and he would also be rewarded with Adsense revenue for all those views. Even with this series, Dawson decided to document Jake because he wanted to have someone popular on his channel. In the first episode, he even said, “I get it okay, I shouldn’t be doing this, I shouldn’t be giving Jake Paul a platform, but I also want to do shit on my channel that I find interesting.”

The fact that Dawson is hoping Jake’s popularity will get more attention to his documentary means he needs Jake to remain popular throughout this series, and that means pulling more such stunts.

This says a lot about YouTube’s culture right now. Finding creators who want to showcase their video talent or genuinely enlighten others with their content can be a challenge if you just log on to YouTube and don’t get searching. YouTube has become a breeding ground for ‘influencers’ who are trying to upload a juicy clip, game the system and convert it into millions of dollars. Don’t believe us? Just fire it up on Incognito Mode or in a new browser and take a look at the clickbait pranks.

All that aside, if you want to understand the culture from the very guys fueling it check out Dawson’s documentary on Jake Paul. It’s definitely something you should watch if you spend as much time on YouTube as we do. Not only will it tell you more about Paul, but it will also open your eyes and make you realize why creators like him are doing what they are doing today, and what it might mean for YouTube.

How to Enable Dark Mode in Apple Books on iPhone, iPad,...

How to Enable Dark Mode in Apple Books on iPhone, iPad,... 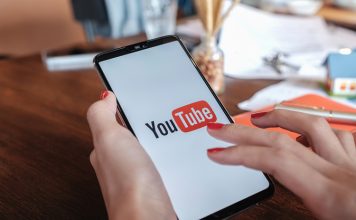 This New Trick Lets You Play YouTube Videos in the Background

Have you ever wanted to play YouTube videos in the background without settling for third-party apps? Well, there is a simple way to do...
Subin B - Jan 5, 2020 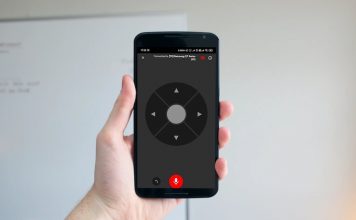 Recently, Google updated the YouTube app to introduce an all-new voice-search feature. What makes this feature so handy is that it makes searching for...
Rajesh Mishra - Jan 3, 2020 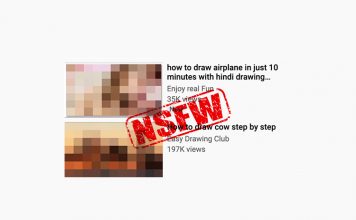 YouTube plays host to what is the one of the world's biggest library of videos on the internet. Whatever your interests may be, you...
Akshay Gangwar - Jan 2, 2020 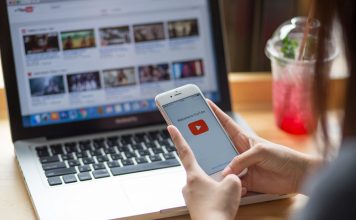 YouTubers have always suffered from copyright strikes. Often, creators have to take down, edit, and re-upload the video to keep monetization which in turn...
Subin B - Dec 29, 2019 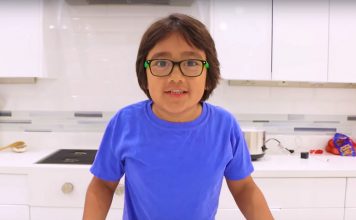 While youngsters are spending a lot of time on social media and playing video games, this eight-year-old YouTuber is earning in millions reviewing toys...
Subin B - Dec 25, 2019