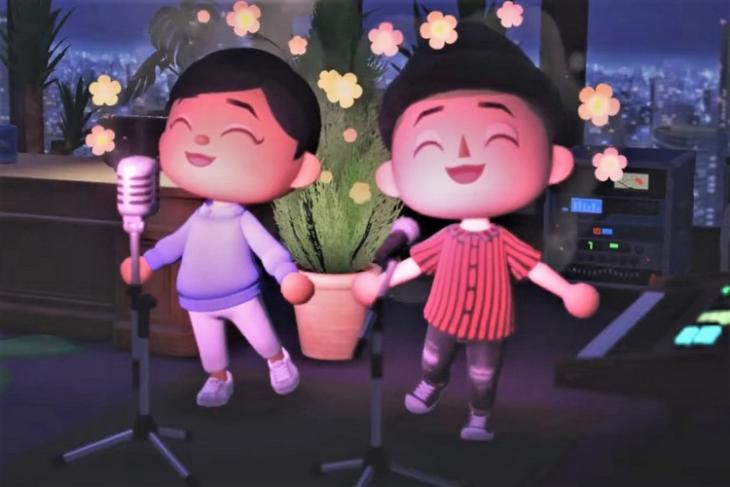 As the Coronavirus-led pandemic has forced the global population indoors, many celebrity hosts took their daily talk shows online. However, after the rise of the deadly virus, popular screenwriter, author, and video game journalist started the first-of-its-kind talk show inside Nintendo’s most popular title, Animal Crossing: New Horizons. Now, in a recent episode of “Animal Taking”, pop singers, Selena Gomez and Trevor Daniel performed their new song in an in-game concert.

The talk show, hosted by Gary himself, brings different guests from a variety of industries in the game for chats. Similarly, in a new episode of the show, we saw former Disney star, Selena Gomez, and her partner singer, Trevor Daniel perform their recent song, “Past Life” as two cute Animal Crossing characters. You can watch their performance right below.

After the performance, Gomez stayed and talked with the other guests who included voice actors Laura Bailey and Ashley Johnson, developer Adam Nickerson and God of War writer, Cory Barlog.

During the chat, Selena also hinted at a collaboration with the popular singer and songwriter, Taylor Swift, Billboard reports.

“I’ve always dreamt of doing a song with Taylor. We both wanted to do that. Everything remains in our friendship. It just feels like we’re family. I’ve known her for 13 or 14 years now. She’s been my best friend. But, we’ve talked about it for sure.”, said Gomez.

Following the above statement, Gary Whitta, the host of Animal Talking, pressed more for an approximate date of the collab to which Gomez added, “You never know!”.