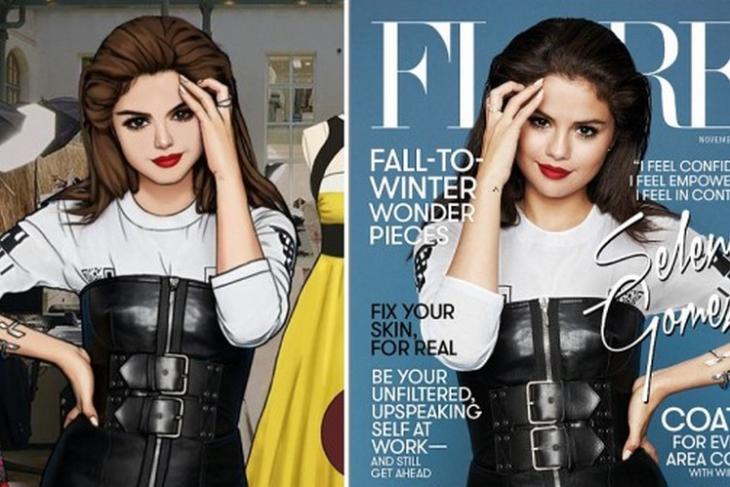 Many developers have used models of popular actors and celebrities in their games for publicity purposes. For instance, Keanu Reeves will be featured in the upcoming Cyberpunk 2077. However, to use someone’s face or model in a game, developers need to get their permission. Not taking permission of any celebrity before using them as an in-game element leads to lawsuits and a Chinese game developer is facing exactly the same consequence. The popular pop star, Selena Gomez, has filed a lawsuit against the makers of a mobile game for using her as an in-game model.

The report comes from Variety and according to them, “Clothes Forever – Styling Game” maker, Guanzhou Feidong Software Technology Co., has been sued for $10 million by the popular singer and fashion icon. The game was using a model as an in-game character that looked exactly like Gomez; they even copied her dress and her pose from a magazine cover.

Now, the game promotes itself as a fashion game where many popular celebrities like Beyonce, Gigi Hadid and Kim Kardashian will come to the users for their fashion advise. The game also has an in-game virtual currency called “diamonds” which the users can purchase to unlock features like going on a virtual shopping trip with the celebrities. To get these “diamonds”, the users have to purchase them for prices ranging from $0.99 (~Rs 75) to $99.99 (~Rs 7660).

According to the lawsuit, the game-developers never requested permission from Selena Gomez to use her face in their game. Even if they requested, Gomez would not have given her consent to use her likeness in such a game, the lawsuit further states.