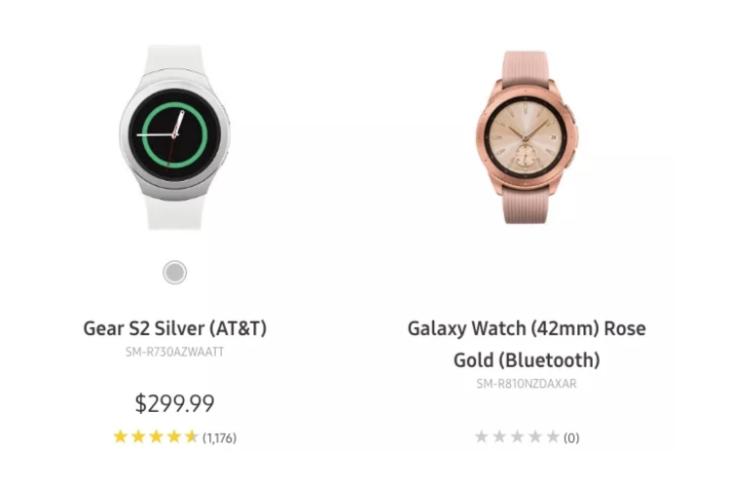 While the Galaxy Note 9 is still a couple of months away, there has been a lot of speculation surrounding Samsung’s next smartwatch. While not much had been known about the wearable from a hardware point of view, it seems Samsung just can’t wait to talk about it. own portal.

It’s gone now. Was up a few minutes ago. Screenshot in my story. Well, that was fast.

The model which was shown early was 42mm rose gold version, which looks quite a lot like a Gear S3 Classic. The model number, SM-R810NZDAXAR, didn’t quite match up with recently reported filings to the FCC, but the ‘R800’ part matches earlier reports. As such, it is highly possible that this could be a color variant. 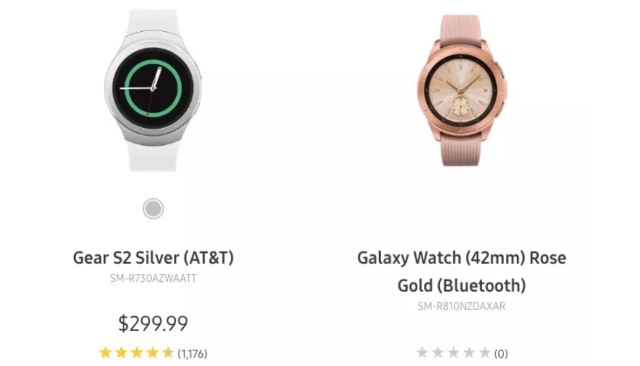 As of now, there is not much known about the watch itself, apart from the fact that it comes in a rose gold color, which, in itself, could be a special edition of the actual product. However, the rumor mill suggests that the new Galaxy Watch line will run the latest version of Samsung’s Tizen software and come with a Bixby integration of some sort. There’s also some speculation about a Wear OS smartwatch, which will be clearer after August 9.

Samsung has taken down the listing for now but we can take it as near-confirmation about the product without any more details.