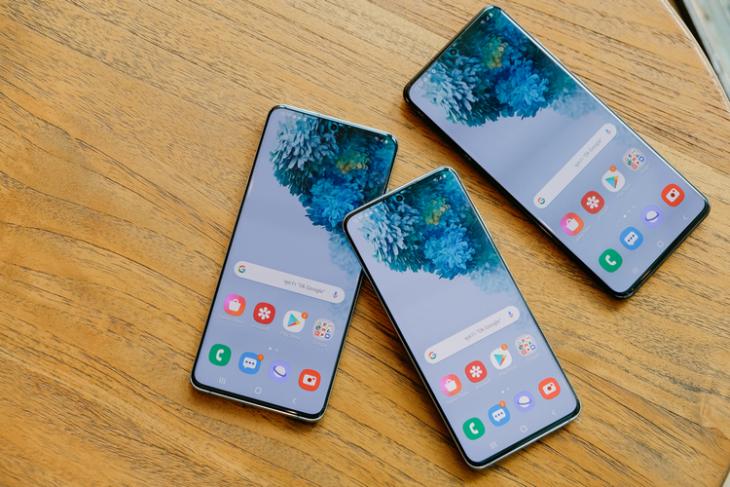 Samsung is reportedly sending weird notifications that just says “1” along with another “1” below it to its Galaxy phones. Several users across the globe are reporting the issue, as we see in Samsung Community forum posts and Reddit.

The issue appears to have risen after some internal testing has gone wrong in the Find My Mobile app. Samsung users are reporting that the notification disappears when they tap on it.

Huh. Girlfriend and I just had exactly the same Samsung push notification: her Note 10+ and my Galaxy Z Flip each alerted with a Find My Mobile notification. When tapped, it disappeared. Different Samsung accounts on each phone.

For the uninitiated, Find My Mobile app is the South Korean giant’s take on tracking your lost phone, similar to what Google offers with its Find My Phone app and Apple with its Find My app.

The issue seems to have affected a wide scale of devices, ranging from the company’s flagship offerings to mid-range handsets. Also, as I mentioned earlier, users are reporting the issue from different parts of the world, including the US, Germany, Australia, and Asia.

In case you’ve received such a notification, do note that your device has not been compromised, at least there has not been evidence for a potential security breach just yet. However, we will wait for Samsung’s official statement for a clear understanding of the situation. We will be updating you once Samsung issues an official statement regarding the issue and hence, stay tuned.

It is worth noting that this is not the first time we’re seeing smartphone brands push weird notifications to users. Last year, we saw OnePlus accidentally commit the same mistake by pushing Chinese text characters to OnePlus 7 Pro users.