Skip to content
Home News Samsung Wallet App Launched to Let You Store Cards, Keys, and IDs in One Place 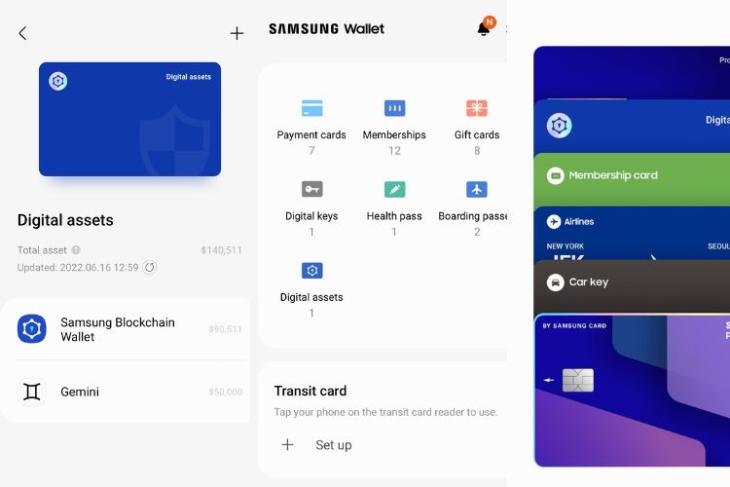 Following in the footsteps of the Apple Wallet app, Samsung has now launched its very own digital wallet for Galaxy users to easily store and manage their digital keys, boarding passes, ID cards, and more in a single mobile app. With this, Samsung aims to provide a simple and secure platform to its mobile users within the Galaxy ecosystem to easily access essential passes, digital keys, and other documents right on their devices.

Samsung Announces its Own Digital Wallet

Samsung says that its digital wallet is protected by its in-house defense-grade security system, Samsung Knox. Other than this, certain sensitive items in the Samsung Wallet are stored in an isolated Secure Element, protecting all those items from physical or digital hacking. It also leverages Samsung Blockchain Wallet to let users monitor their cryptocurrency investments.

The new Samsung Wallet also lets users store and easily access their payment cards, loyalty, membership cards, and more with an easy-to-use, swipe-based interface. The platform supports Samsung Pass, meaning users can also store their passwords to quickly log in to apps and websites via the Samsung Wallet app.

Moreover, users can also monitor their digital asset portfolio and check the value of their cryptocurrencies across multiple exchanges. The company also says that its wallet will start supporting official IDs like driver’s licenses and student IDs later this year, much like Apple’s Wallet app.

Furthermore, the Wallet app supports Samsung’s SmartThings. That means users would be able to store digital keys of supported home-security systems to easily lock or unlock doors with their Galaxy devices. Plus, Samsung says that its Wallet app also supports digital automobile keys of select BMW, Genesis, and Hyundai models that let users lock/ unlock their cars, start their engines, and more, just with their Galaxy smartphones. This is similar to Apple’s CarKey UI.

Samsung also mentioned that it has partnered with Korean Air to allow Galaxy users to store their Korean Air boarding passes in the Samsung Wallet app for easy access.

As for the availability, Samsung Wallet is currently available in six regions, including Germany, France, Italy, Spain, the UK, and the US. So, users in these regions can simply open the Samsung Pay or Samsung Pass app on their eligible Galaxy device to automatically migrate to Samsung Wallet. So, what do you think about Samsung’s new digital wallet? Stay tuned for further updates on the same, and let us know your thoughts on it in the comments below.