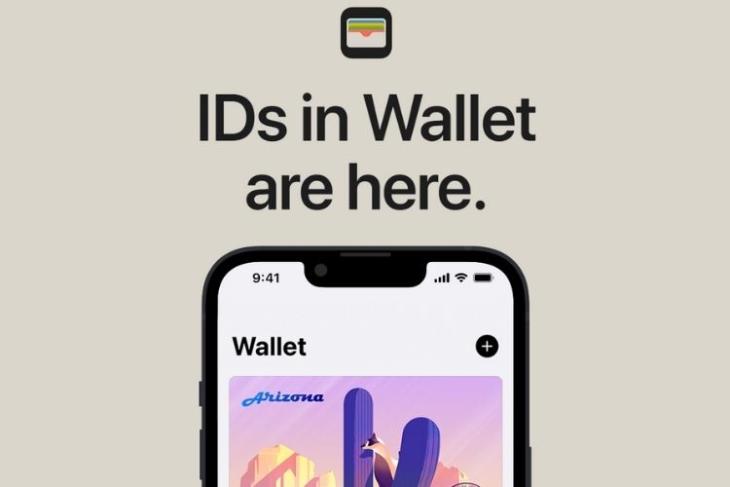 Apple introduced Digital IDs for people to store their IDs in the Wallet app with iOS 15, but up until now, it was just an on-paper feature and wasn’t available to users. It’s no longer the case, as Apple has officially rolled out Digital IDs in Wallet for the people of Arizona, USA. Here are the details to know.

iPhone users in Arizona can now easily add their driver’s license or the state ID to Apple Wallet, thus, having a way to easily show their IDs while traveling. The Apple Digital IDs can be presented at select TSA security checkpoints in Phoenix Sky Harbor International Airport.

Jennifer Bailey, Vice president of Apple Pay and Apple Wallet, in a post, said, “We’re thrilled to bring the first driver’s license and state ID in Wallet to Arizona today and provide Arizonans with an easy, secure, and private way to present their ID when traveling, through just a tap of their iPhone or Apple Watch. “We look forward to working with many more states and the TSA to bring IDs in Wallet to users across the US.“

It is revealed that more states will follow the lead, including Colorado, Hawaii, Mississippi, Ohio, and Puerto Rico. This feature will allow users to show their IDs at TSA by simply tapping their iPhone or Apple Watch at the identity reader. Following this, an authentication via consent and Face ID/ Touch ID to complete the process. Since it’s a digital process, handing over the phone or the watch isn’t necessary.

To add IDs to the Wallet app, Users will have to select the “+” icon in Wallet and add the IDs by following the on-screen instructions. Users will be required to scan their IDs (both front and back) and even take a selfie for the verification process. The verification process is done by the state. There will also be an additional safety step, which will require people to move their heads and faces.

iOS 15’s latest Digital IDs will also ensure a safer way to present IDs as users will have control over what information to share. It supports biometrics so that no one else tries to access the Digital IDs. Plus, the communication between the identity reader and the device is encrypted.