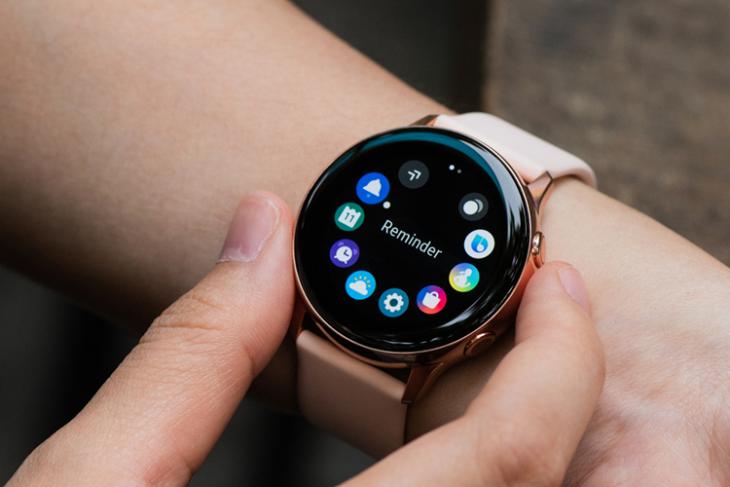 According to IDC, Samsung managed to sell over 30.9 million units of wearable gadgets in 2019, accounting for an overall market share of 9.2 percent in the wearables market.

The market share of Samsung wearables was at 6.9 percent in 2018. Notably, this is an overall year-over-year growth of 153.3%, the highest on the list. The report credits Samsung’s strong portfolio of products including the Galaxy Active and Active 2 smartwatches and the company’s subsidiary JBL for this achievement.

“The market for wearables is also quickly becoming very top heavy as companies such as Apple and Samsung capture a greater share of the market,” said Jitesh Ubrani, research manager for IDC Mobile Device Trackers. “While these giants put pressure on the rest of the market, there continues to be plenty of innovation and differentiaion amongst the smaller brands and this long tail of the market will carry on for the forseeable future.”

The top position in the global wearable market was dominated by Apple in 2019 by selling 106.5 million units of AirPods, AirPods Pro, Apple Watch, and Beats products. Apple’s market share rose from 27 percent to 31.7 percent in 2019, resulting in year-over-year growth of 121.7 percent. However, the report mentions that Apple Watch shipments reduced by 5.2 percent in the last quarter due to shortages in the supply chain. 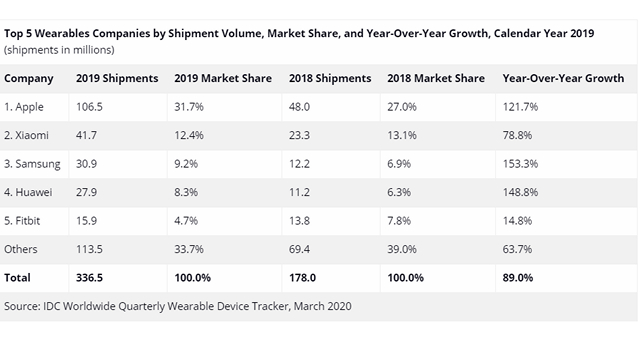 As per IDC, the total number of wearable products sold in 2019 is 336.5 million, an 89 percent increase from 178 million units in 2018. Overall, wireless earbuds/headphones led the global wearables market with 170.5 million shipments, followed by 92.5 million smartwatches and 69.4 million fitness bands.