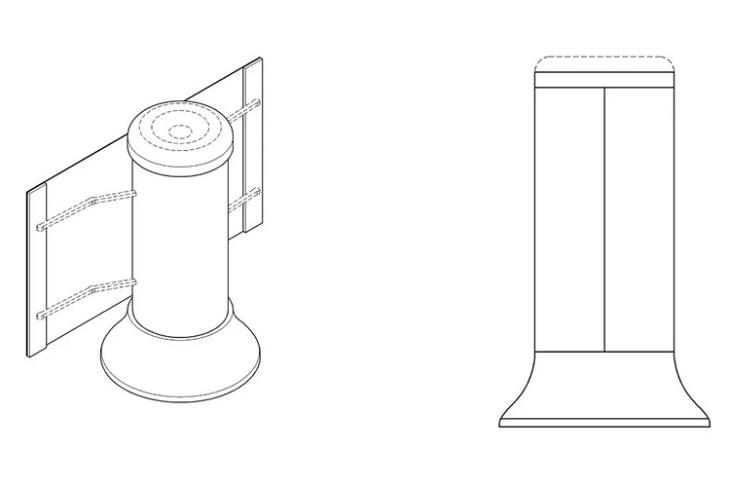 Samsung has filed a patent for a smart speaker equipped with a rollable display. The patent has been filed at the Korean Intellectual Property Rights Information Service (KIPRIS).

From the patent image, we see a cylindrical-shaped speaker whose display can be contracted and expanded when needed. There are mechanical arms on the back of the display to support this action. This way, you can use the gadget as a regular smart speaker as well as a smart display.

If the product ever makes it to the daylight, one ideal use-case would be watching cooking tutorials. You could just fire up the display for following the step-by-step instructions and use the device as a regular smart speaker in your living room once you’re done with it.

Like every other patent we see, there is no guarantee if this product would ever become a commercial product. Samsung’s Galaxy Home which got announced back in August 2018 has not hit the market yet and hence, we would suggest you keep your expectations to the least possible level on this one.

The Galaxy Home Mini was shown-off last October but that has not made it to the stores as well. However, the South Korean smartphone giant is reportedly planning to launch the Galaxy Home Mini a day after the Galaxy Unpacked event, at least in Korea for roughly $83. The Korean announcement later got removed, which brings even more confusion to the delayed product launch timeline.

We could expect Samsung to make an official announcement about its current progress with smart speaker lineup at Galaxy Unpacked event. We will be updating you if it happens and hence, stay tuned.