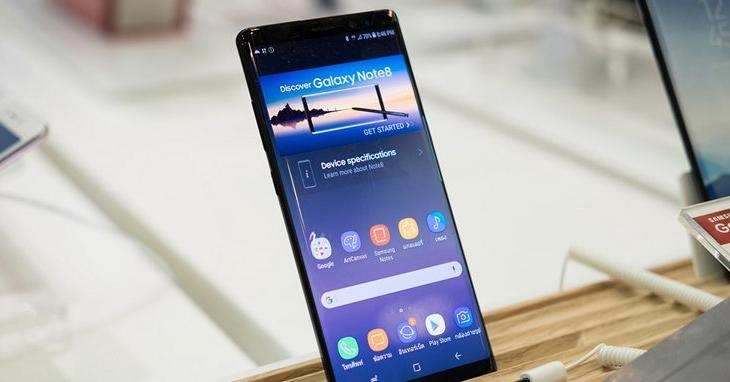 South Korean smartphone giant Smartphone has rolled out a software update to their latest flagship smartphone, the Galaxy Note 8 in order to push out the company’s new Secure Wi-Fi VPN service that allows user to securely browse through the internet on public Wi-Fi networks. This is made possible by smartly encrypting the internet traffic. This is a move by Samsung to counteract KRACK, a vulnerability Wi-Fi’s WPA2 encryption system that allows hackers to steal sensitive information.

Samsung’s “Secure Wi-Fi” VPN service was originally released alongside the company’s budget-end Galaxy J smartphones, but the feature has made its way to the flagship Galaxy Note 8 as well. The feature essentially works by disabling tracking apps and websites in addition to encrypting all outgoing traffic, giving users a peace of mind while using a public Wi-Fi network. 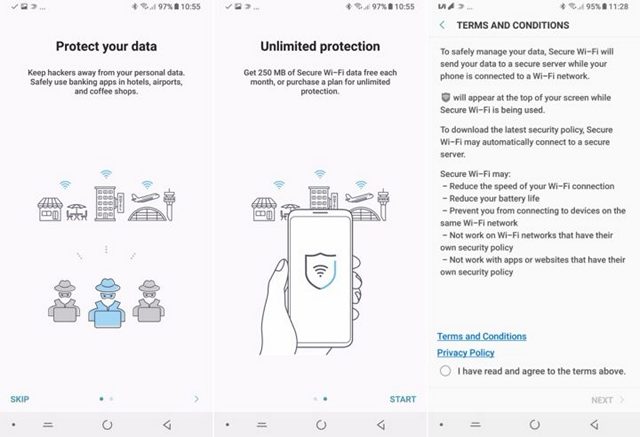 The company does realize that the feature might have an impact on the Wi-Fi connection speed and the battery life of the smartphone. Additionally, it could also prevent the smartphone from connecting to other devices over the same Wi-Fi network, which might be an annoyance to some, but that’s the price you have to pay for security. Moreover, Secure Wi-Fi might not work with certain networks, apps and websites that have their own security policy.

Samsung is providing 250 MB of free Secure Wi-Fi data to their customers on a monthly basis, but if that’s not good enough for you, there are a couple of paid plans that offer 24 hours and a month of unlimited secure browsing for $0.99 and $1.99 respectively. If you own a Galaxy Note and you want to use Samsung’s Secure Wi-Fi, you need to head over to Settings -> Connections -> Wi-Fi -> Advanced and select the Secure Wi-Fi option. Users can determine which apps should make use of the Secure Wi-Fi feature while browsing through a public network. The feature is currently being rolled out via software update gradually, so depending on your region, you might have to wait until you get it.