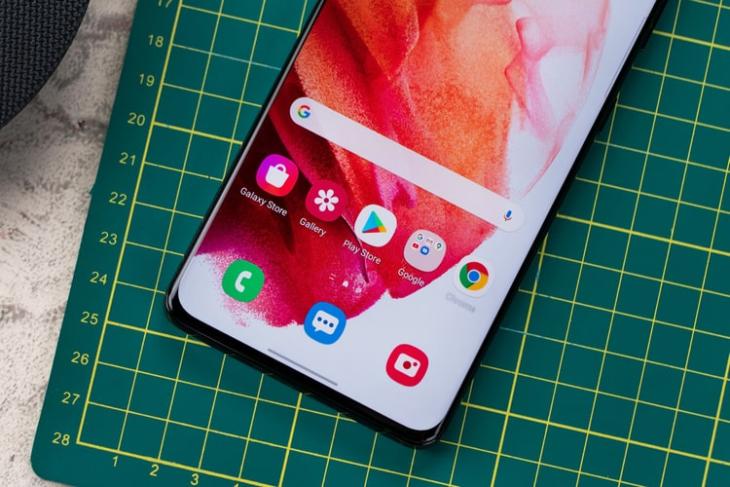 After getting a ton of complaints, Samsung has finally confirmed to remove ads from its stock apps like Samsung Weather, Samsung Pay, and Samsung Theme. The company will stop showing ads inside stock apps with a One UI update that will roll out for users in the coming days.

Now, for those unaware, Samsung users are bombarded with advertisements often when they open One UI stock apps like Samsung Weather or Samsung Pay. This is unusual as most companies do not display ads in their stock apps to ensure a clean experience. For this, Samsung has faced backlash from its users, who complained about irrelevant ads showing up in the apps.

You can check out tweets from Samsung users who took to Twitter to complain about the ads in One UI right below.

Sir, I have Samsung S21 ultra but still I can see Ad in weather app. They have ads in premium phones too. pic.twitter.com/5qLX1QDs27

So, citing user feedback, the Korean giant has now confirmed to remove the annoying ads from the basic apps in One UI. The confirmation came from the company’s mobile chief TM Roh, who recently addressed the matter in an internal town hall meeting.

“Our priority is to deliver innovative mobile experiences for our consumers based on their needs and wants. We value feedback from our users and continue our commitment to provide them with the best possible experience from our Galaxy products and services,” the company reportedly said.

“Samsung has made a decision to cease the advertisement on proprietary apps including Samsung Weather, Samsung Pay, and Samsung Theme,” Roh said in a statement to The Verge. Furthermore, he added that the removal of ads from stock apps will be done with a future software update. “The update will be ready by later this year,” Roh further added.

So, if you are a Samsung user who has been annoyed by those pesky ads in stock One UI apps, you will be happy to hear that they will be gone for the good soon. Although Samsung did not provide a specific timeline for the upcoming update, we can expect the company to roll it out sooner rather than later.