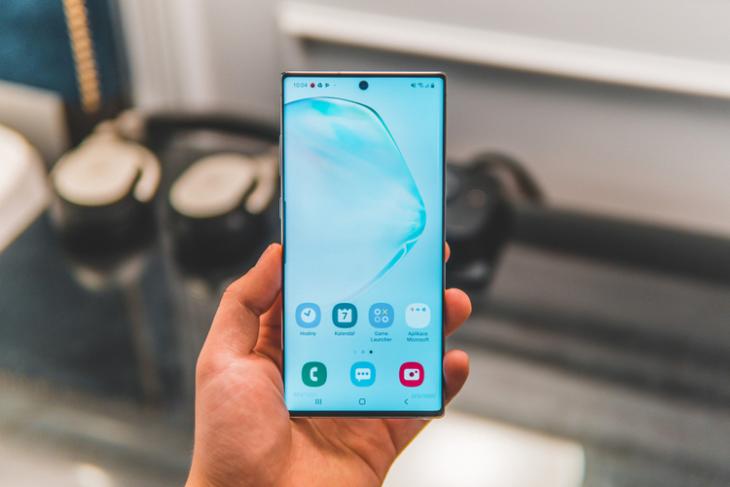 When Steve Jobs unveiled the original iPhone back in 2007, he said the following statement while talking about the screen-size, “It has got a 3.5-inch screen on it. It’s really big!”. Now, the average size of a smartphone screen has gone up to 6-inch. Hell, the screen size of the latest Samsung Galaxy S20 Ultra is 6.9-inch! So, with screens this big, the only way an average person can use these smartphones is by using both hands. So, manufacturers have tried to provide software solutions for one-handed operations. And now Samsung has added a “virtual cursor” to their One Hand Operations+ module in One UI 2.0.

Now, a recent update with version number 3.2.43 adds the “virtual cursor” feature to One UI devices. The feature essentially brings up a cursor on the upper part of the screen and the user can control the cursor from the bottom half of the screen. So, this helps the users to reach areas of the screen, which conventionally require both hands, using just one hand.

The cursor remains at the top half of the display, while the cursor controller remains at the bottom half, near the user’s fingers. The feature is still in development and might be a little janky to use. However, it will be a life-saver for Samsung Galaxy S20 Ultra and Galaxy Note10+ users.

If you want to use the “virtual cursor” feature in your galaxy device, then get the APK for the updated version of the One Hand Operations+ module from here.