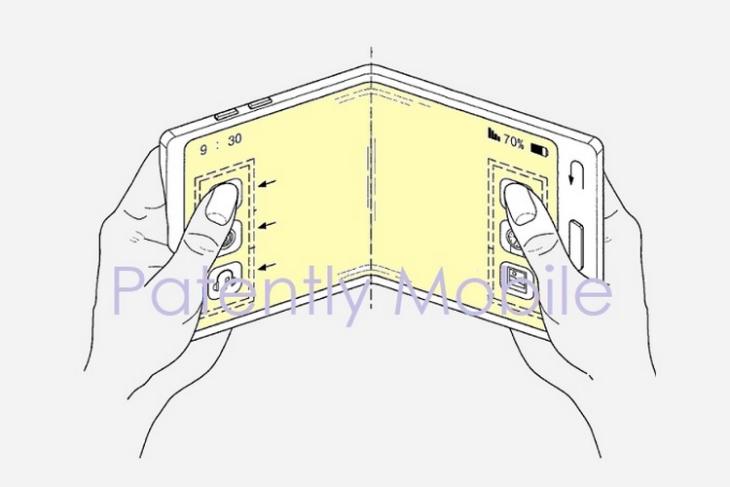 Samsung has been experimenting with a host of ideas for upcoming smartphones, such as a slide-out display, an iPhone X-like notch and some advanced controls for the S-Pen among others. But that’s just the tip of the iceberg, as Samsung has recently been granted 180 patents by the United States Patent and Trademark Office (USPTO) which cover some truly outrageous smartphone designs and ideas.

Among the patents granted to Samsung are applications for foldable smartphones, a smartphone with a transparent display, a host of LCD devices and home appliances such as washing machines and refrigerators to name a few.

Samsung has long been rumored to be working on a foldable smartphone, and a recently awarded patent clearly mentions one such smartphone concept which can be folded in half on its horizontal axis. Samsung’s patent abstract about the foldable device suggests that the smartphone will come equipped with some form of tactical sensors that will automatically detect the user’s grip, and allow them to bend the phone.

It also appears that once the device is folded, the screen will be divided into two sections allowing users to use each half for split-screen multitasking. The device will be completely foldable without any gap between the two halves. But Samsung is not content with just a regular foldable device, as the company has also been granted the patent rights for a smartphone that has two folds i.e a trifold smartphone. This one can be folded inward and outward to create a folio-like look when fully closed, as well as natural angles to prop up the phone. 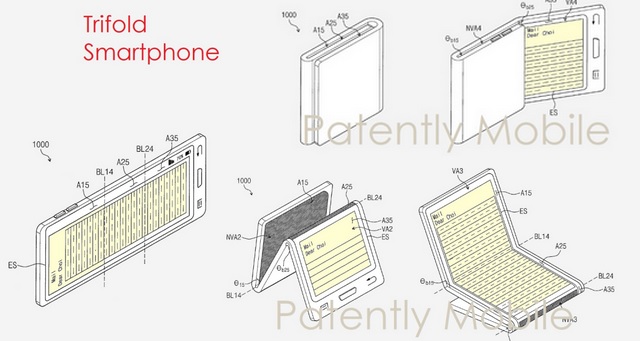 The Korean company has also been granted the patent rights for a smartphone with a transparent display. The housing of this device will host the bulk of the hardware, while the display will sit surrounded by a frame and will also double as live AR screen to show AR tags on objects in the screen’s view.

However, do keep in mind that patent designs don’t mean that the product described in the application will actually be launched commercially, as a majority of them are too impractical or non-feasible from manufacturing point of view, but companies do like to patent them in case this obstacle is ever gets out of the way.