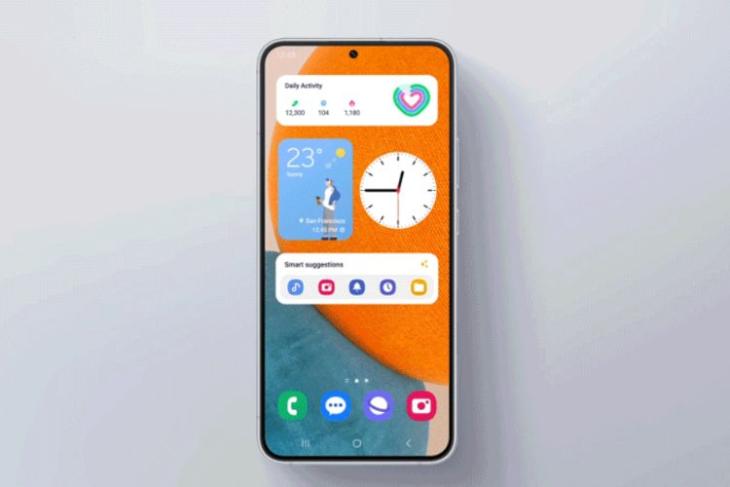 After beta-testing the new One UI 5.0 update, Samsung recently released the stable One UI 5.0 based on Android 13 to the Galaxy S22 phones. Now, the company has seemingly revealed the list of the devices that will get the new software update starting in November. Have a look at the details.

These Samsung Phones Will Get One UI 5.0!

Samsung, via a push notification to users in Korea, has revealed that it will release the Android 13-based One UI 5.0 update to high-end smartphones in November. Some mid-range devices will get it in December while the rest of the eligible phones will get it in January 2023. You can check out the list below for a better idea.

To recall, Samsung One UI 5.0 introduces a number of features like more customization options, including Android 13’s Material You theme, Dynamic Lock Screen, Bixby Text Call feature, stacked widgets (much like on iOS 16), Maintenance mode to keep phones safe while they are being repaired, new notification panel, new security features, and much more. You can check out our list of the best One UI 5.0 features for a better idea.

One thing to note is that this update cycle is for Samsung devices in Korea and it remains to be seen if this will remain so for other regions too. Samsung is yet to reveal more on this, so, it’s best to wait for an official word. We will keep you posted on this. Therefore, stay tuned to this space.