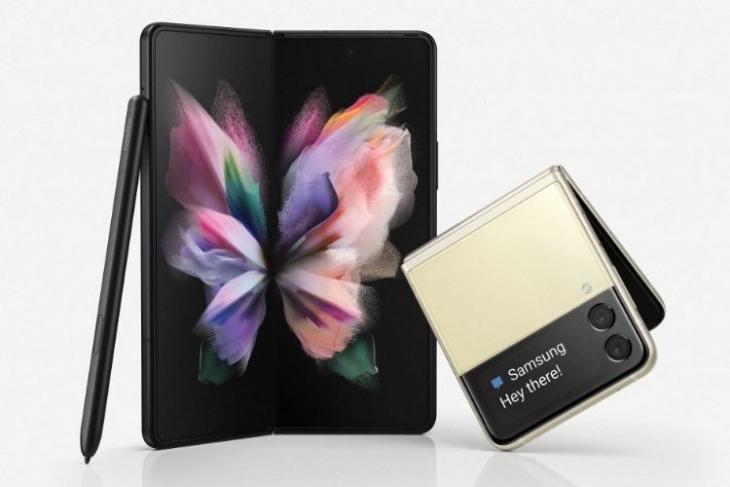 First, talking about the company’s first foldable phone with an under-display camera, the Galaxy Z Fold 3 is priced starting at Rs. 1,49,999 in India. That’s the same pricing as the Galaxy Z Fold 2 from last year. You can buy the Z Fold 3 in Phantom Black and Phantom Green colorways.

As for the clamshell-style Galaxy Z Flip 3, Samsung has priced it way cheaper than its previous-gen Z Flip. The original Z Flip was priced at Rs. 1,09,999 in India, while the Z Flip 3 starts at just Rs. 84,999. That price tag makes it an attractive buy for the masses. Plus, the phones will be available in two colorways – Phantom black and cream.

Samsung further adds that interested users can pre-book the Galaxy Z Fold 3 and Z Flip 3 on Samsung’s website and leading retail stores, starting from 24th August in India. The devices will officially go on sale from 10th September 2021.

As for the introductory offers, HDFC band credit and debit cardholders can avail up to Rs. 7,000 cashback on the purchase. Those who pre-book the foldable devices will get 1-year of Samsung Care+ Accidental & Liquid Damage Protection for free.

“With many firsts like the first under-display camera and S-Pen on a foldable, as well as IP rated water resistance, Galaxy Z Fold3 and Z Flip 3 are the perfect combination of cutting edge technology and unmatched style,” said Aditya Babbar, Director and Head of Mobile Marketing, Samsung India in an official blog post.

Touching on the specs of both the foldables, Galaxy Z Fold 3 and Z Flip 3 boast IPX8 rating for water resistance. There is no dust protection onboard. Galaxy Z Flip 3 has a bigger 1.9-inch cover display, while the Galaxy Z Fold 3 brings an under-display camera (first on a Samsung phone) and S Pen support. You can get all of your doubts about the latest Samsung foldables cleared out via our Galaxy Z Fold 3 FAQ and Galaxy Z Flip 3 FAQ pages.