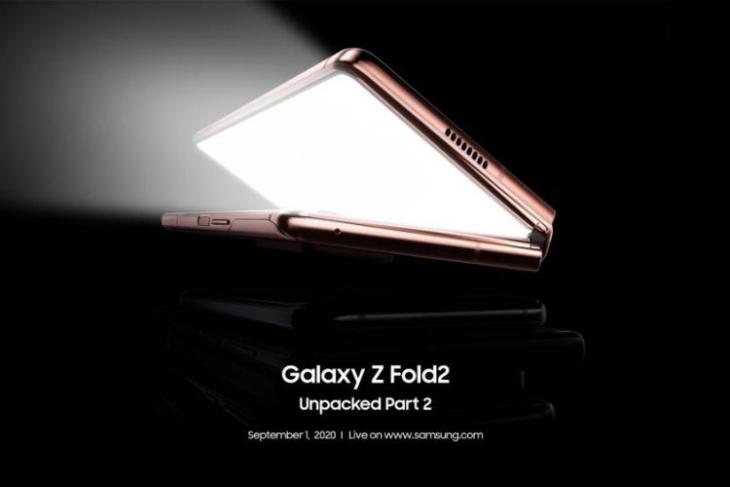 Samsung took the wraps off the long-rumored Galaxy Z Fold 2, alongside the Galaxy Note 20 lineup at the August 5 Galaxy Unpacked event. However, it appears like one event wasn’t enough for the Korean giant to detail its second-gen foldable. Samsung has announced today an ‘Unpacked: Part 2’ event for 1st September. It will properly detail the new hardware and software features of the Galaxy Z Fold 2 at this event.

The Korean giant unveiled the Galaxy Z Fold 2, with an unboxing by popular Korean boyband BTS, at the Galaxy Note 20 event. But, it didn’t dole out all of the details for the foldable and said that the same would happen at a later date. Well, we now know that the later date is 1st September and it is when we learn the official specs and price for the Galaxy Z Fold 2.

“Join us on September 1 for Galaxy Z Fold 2: Unpacked Part 2 to explore in-depth the groundbreaking features of the Galaxy Z Fold 2,” says the official blog post. 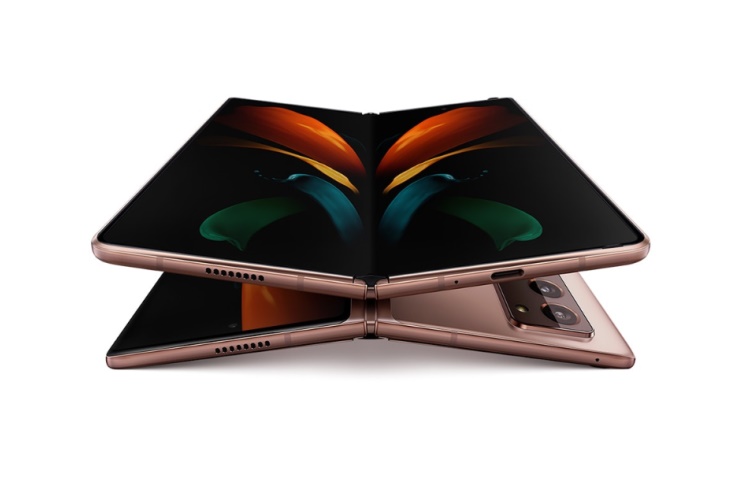 Galaxy Z Fold 2 appears to boast the same triple camera array on the outside as the Galaxy Note 20 Ultra. You will also find a 10MP selfie camera each on the inside and outside, which is handy for use in any state. The device is said to be powered by the Snapdragon 865+ chipset, coupled with 12GB of LPDDR5 RAM and up to 256GB of UFS 3.1 built-in storage. There’s said to be a dual-cell 4,500Ah battery with 25W fast-charging onboard as well.

Just moments after Samsung announced the Galaxy Z Fold 2 event, the company’s own UK website leaked the official price of the foldable smartphone. First reported by XDA Developers’ Max Weinbach, Galaxy Z Fold 2 has been priced at £1,799 (around Rs. 1,75,599) and will start shipping by 17th September.

Now, I know that is an exorbitant price tag for the Galaxy Z Fold 2. It is lower than our expectations though. The rumor mill suggested that Samsung’s second foldable will be priced higher than the original. However, that doesn’t seem to be the case. The original Galaxy Fold was priced at £1,900 in the UK and its successor is priced £101 lower and that’s amazing for all of the upgrades you get.

We are assuming that the price leaked by Samsung’s UK website is official but again, it could simply be a placeholder. We will have to wait until next week to learn the official price of the Galaxy Z Fold 2. Since the original Galaxy Fold was launched in India, we assume its successor should make its way to India over the coming weeks.