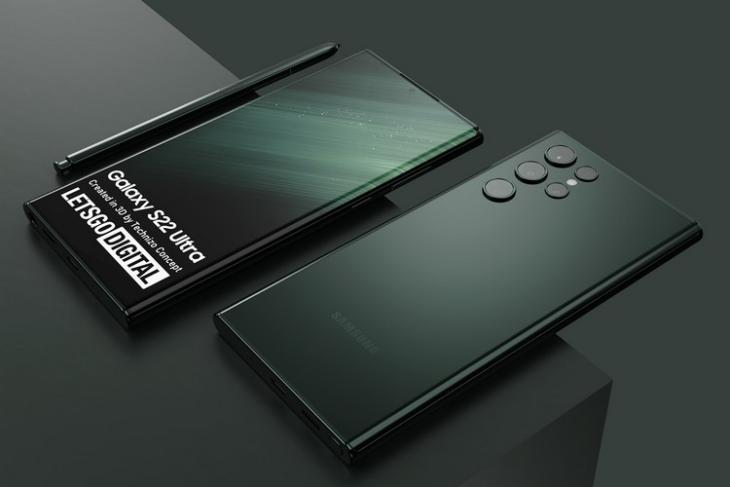 Samsung is expected to release its next-gen flagship Galaxy S22 series early next year. We have seen a number of leaks in the past, but the latest one gives us details on the cameras of the high-end Galaxy S22 Ultra. Here’s what you can expect from the Galaxy S22 Ultra model.

According to a recent tweet by reputable tipster Ice Universe, Samsung might use the third-gen 108MP HM3 sensor, which would be an improved version over its predecessor. The tipster suggests that the Galaxy S22 Ultra’s primary 108MP camera will come with a new AI picture quality enhancement mode for detailed, brighter, and color-rich images.

The tipster further revealed that the comparison camera samples of the Galaxy S22 Ultra and the Galaxy 21 Ultra have been out too and the “details are amazing.” Although, those images can’t be revealed as of now.

Other than this, it is reported that the Galaxy S22 Ultra will include a quad-camera setup at the back. That includes a primary 108MP HM3 camera, a 12MP ultra-wide lens, and two new 10MP Sony telephoto lenses with support for 10x periscope zoom and 3x optical zoom, respectively.

Furthermore, another report from the Korean publication ITMaterial suggests that there will be a new “Detail enhancer” mode, which where the main camera on the S22 Ultra will double as a macro camera to take detailed close-up pictures of objects. It is also suggested that this mode could make its way to previous-gen Galaxy S-series models with a 108MP camera via an OTA update in the future.

It is further speculated that Samsung might use a special bio-based material for the back panel of the Galaxy S22 Ultra, much like the material for the upcoming flagship phone, Realme GT 2 Pro.

Besides these details, past rumors suggest that Samsung will launch the Galaxy S22+ and Galaxy S22, alongside the S22 Ultra model. The phones are expected to come with the latest Snapdragon 8 Gen 1 (even in India), get bigger batteries, better displays, and more. Samsung is expected to unveil the flagship Galaxy S22 series at its next Unpacked event, possibly on February 8, 2022. To get more details, stay tuned, and let us know your thoughts on the upcoming Galaxy S22 phones in the comments below.