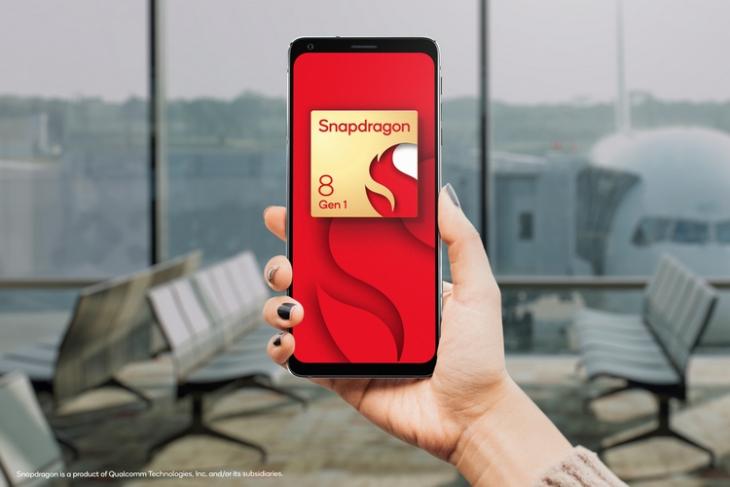 Qualcomm just unveiled Snapdragon 8 Gen 1, the company’s high-end chipset all set to power flagship phones in 2022. If you are planning to pick up a flagship device in 2022, you might be wondering about the devices that will ship with the latest Snapdragon 8 Gen 1 chip. With that in mind, we have compiled a list of Snapdragon 8 Gen 1 phones that are coming in late December or later next year.

According to rumors, Samsung could launch the Galaxy S22 series at its Unpacked event on February 8, 2022. This time around, Samsung may offer the Snapdragon 8 Gen 1 chip in more global regions, including India, on its flagship instead of the company’s in-house Exynos counterpart. Other key highlights of the Galaxy S22 lineup include a 6.8-inch 120Hz display, 108MP primary camera, a 5,000mAh battery, and S Pen for the S22 Ultra model. You can read our in-depth Galaxy S22 series rumor roundup for even more details.

Coming to OnePlus, the OnePlus 10 series is tipped to launch in China sometime in January or February, followed by the global launch in March or April. Both the models will have the backing of the Snapdragon 8 Gen 1 SoC, and the Pro model is likely to offer a 6.7-inch 120Hz QHD+ panel. In terms of optics, the OnePlus 10 Pro may offer the same camera sensors as its predecessor. That means you could expect a 48MP primary sensor, a 50MP ultrawide, and an 8MP 3.3x telephoto lens. You could expect a 5,000mAh battery, possibly with up to 125W fast charging.

Xiaomi may launch the Xiaomi 12 (not Mi 12 as Xiaomi dropped the Mi branding) on December 12. If the leaked timeline is anything to go by, Xiaomi 12 could be one of the first phones to feature the Snapdragon 8 Gen 1 chip under the hood. The device is likely to offer an FHD+ AMOLED display with a 120Hz refresh rate. It may also offer a 50MP primary camera and 100W fast charging.

Realme GT 2 Pro is officially confirmed to be the name of Realme’s next flagship smartphone. It may offer a 6.51-inch FHD+ AMOLED 120Hz display. You could expect LPDDR5 RAM, UFS 3.1 storage, and a 50MP primary camera on the device. It is likely to support 125W UltraDart charging and be powered by the Gen 1 chipset. There is currently no information on the launch date at the time of writing this article.

Another device tipped to launch with the Snapdragon 8 Gen 1 SoC is iQOO 9. It could offer a 120Hz AMOLED display, but there’s no clarity on the exact device size. Other key specifications remain a mystery too. What we do know is that we could expect the iQOO 9 series to arrive sometime next year, possibly in the second half.

Moto Edge 30 Ultra may offer a 6.6-inch flat OLED display with a 144Hz refresh rate. You could expect a triple rear camera setup, which consists of a 50MP primary sensor, a 50MP secondary lens, and a 2MP camera. The highlight, however, is the presence of a 60MP selfie camera, as per rumors. Other likely specifications include Snapdragon 8 Gen 1 and a 5,000mAh battery with 68W fast charging. You can check out the leaked render of the Moto Edge 30 Ultra above.

While the gaming edition of Redmi K50 is tipped to offer MediaTek Dimensity 9000, the regular Redmi K50 is likely to come with Snapdragon 8 Gen 1. The device may offer a 108MP camera setup and a 5,000mAh battery with 67W fast charging.

Now that Snapdragon 8 Gen 1 is official, we could expect the chipset to power most flagship devices in 2022. Unlike past years, however, Snapdragon is facing serious competition from MediaTek’s Dimensity 9000 chipset, as we noted in our Snapdragon 8 Gen 1 vs Dimensity 9000 comparison. It will be interesting to see which of these chipsets manages to fare better in crucial real-world metrics like sustained performance and balanced thermals. So, which of these phone launches are you excited about? Tell us in the comments below.